It has been more than six years since “King” Gabriel Rosado walked away from his No. 1 ranking at junior middleweight and decided to test his will and his skill against the best middleweights in the world. It has not been an easy road, starting with his world championship fight with GGG early in 2013.

There have been questionable decisions that went against him and bloody battles he survived. There have been as many “downs” as there have been “ups”. Through it all, he never lost faith in himself and on Friday, March 15, at the Liacouras Center on the campus of Temple University, Rosado stands just one win away from what should lead to another shot at the world championship.

Now 33, and with his deceiving 24-11-1 record, Rosado makes his first start in his hometown since 2012 when he boxes Maciej Sulecki, of Warsaw, Poland, himself a former world-title challenger, in one of the more intriguing 10-round matchups on the nine-fight Matchroom Boxing card.

Sulecki, 29, has won 27 out of 28 pro fights, but pretty records never meant anything to Rosado, whose opponents resemble a Who’s Who of the best at 154 and 160 pounds in recent years.

If Rosado can beat Sulecki and move to the forefront of the middleweight rankings, it will justify all those long, hard nights on the road; all those disappointments and all those frustrations that have plagued Rosado in recent years. He is simply one win away… 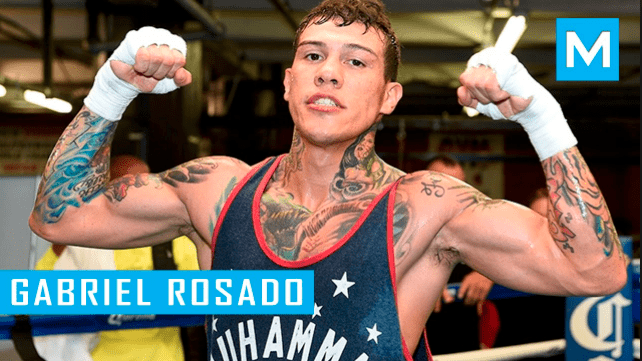 Tickets for the March 15 card are on sale at liacourascenter.com and also can be purchased at the offices of Peltz Boxing Promotions (215-765-0922).