Eros Correa to battle ex-kickboxer on March 23 in California

Correa will battle former kick-boxer Zakaria Miri (0-1), who hails from Brussels, Belgium. The 4-round co-main event bout is being promoted by Ambition Empire Promotions. Headlining the 6-bout card will be San Francisco’s top prospect, Willie “The Thrill” Shaw Jr. (9-0, 6 KOs) vs. Jose Marrufo (11-8-2, 1 KO) in an 8-round super lightweight contest.

“I’ve waited a long time to get a fight in the Bay Area and now its finally here,” said Eros Correa, who resides in San Jose, CA. “I’ve been very busy this year having fought twice already, so I’m in great shape and I’ll be at my best when I step in the ring on the 23rd. I can’t wait to give my hometown fans a great night of boxing.”

Correa, who has knocked out every opponent he’s faced since turning professional in 2017, will look to continue his knockout streak when he faces Miri.

“As always, I’ll be looking to end the fight early,” continued Correa. “Miri is someone who has a lot of experience being that he comes from a kick boxing background, so I know it’s going to be a tough fight. I’m prepared to go the distance if I have to, but I’ll be gunning for the KO.”

“Eros is very popular here in the Bay Area and we are expecting a lot of his fans to be in attendance,” said Andrew Bocanegra, of Cali Boxing Management. “His crowd-pleasing style will be on display and everyone watching will see why we are so excited about his future.”

“Eros is ready to go,” said Jessie Sanchez, of Cali Boxing Management. “He’s been fighting every month since December and the fans in attendance will see what all the hype is about.” 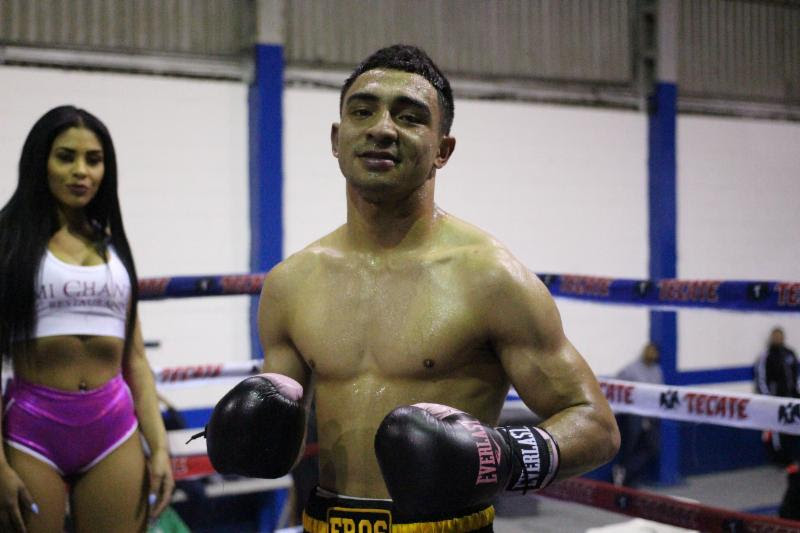 Tickets for the event titled “The Willie Shaw Show”, priced at $35, $50, $70, and $150, are available by ordering online at www.eventbrite.com.
The San Mateo Event Center is located at 2495 South Delaware Street, San Mateo, CA 94403. Doors open at 5:00 p.m. and the first bell rings at 6:00 p.m. For more information on Ambition Empire Promotions please visit www.ambitionempirepromotions.com.