Salita Promotions has signed undefeated heavyweight contender Otto Wallin of Sweden, as they continue to grow their stable of top fighters.

Wallin is 20-0 with 13 knockouts since turning pro in 2013 and beginning his unbeaten run. The 28-year-old will make his U.S. debut on Saturday, April 13 on the undercard of the Claressa Shields vs. Christina Hammer event in Atlantic City, N.J.

“I’m delighted to join forces with Salita Promotions,” said Wallin. “I´ve had good years fighting in Europe and now it´s time for the second part of my career. After meeting and talking to Dmitriy Salita, I feel comfortable that he’s the right person to develop me and turn me into a world champion, which is my ultimate goal.”

“Salita Promotions is proud to join forces with a high-caliber fighter like Otto Wallin and we’re excited to bring him to the top level of the sport including the heavyweight world championship,” said Dmitriy Salita, President of Salita Promotions. “The heavyweight division is back at the forefront of the sport and with Otto steadily making his way up the rankings, we know that he’s going to announce himself as a top contender here very soon. The U.S. audience is going to love what this heavyweight brings.”

“Otto has exciting years ahead with Salita Promotions and I believe it is a very promising partnership,” said Håkan Norberg, Wallin’s adivsor. “I know Otto is ready for the big fights and I know he is determined to achieve his goals. With his exceptional mental strength, I´m sure he will reach them. After working together with him for seven successful years, this will be a special next step in his career.”

Wallin picked up boxing while growing up in Sweden with his two brothers, originally playing ice hockey, football and other sports before falling in love with the sweet science. He won the first amateur tournament he competed in, finishing first in the Swedish Boxing Championship at sixteen-years-old. He then joined the Swedish National Boxing Team, launching him towards his eventual pro career.

Representing his hometown of Sundsvall, Sweden, Wallin is currently ranked number five by both the WBA and IBF, putting him squarely in position for a showdown with top heavyweight champions and contenders. The southpaw most recently captured the EBU European Union Heavyweight Title with a 12-round unanimous decision victory over Adrian Granat in April 2018 that was the main event of one of Sweden’s biggest sporting events of last year. 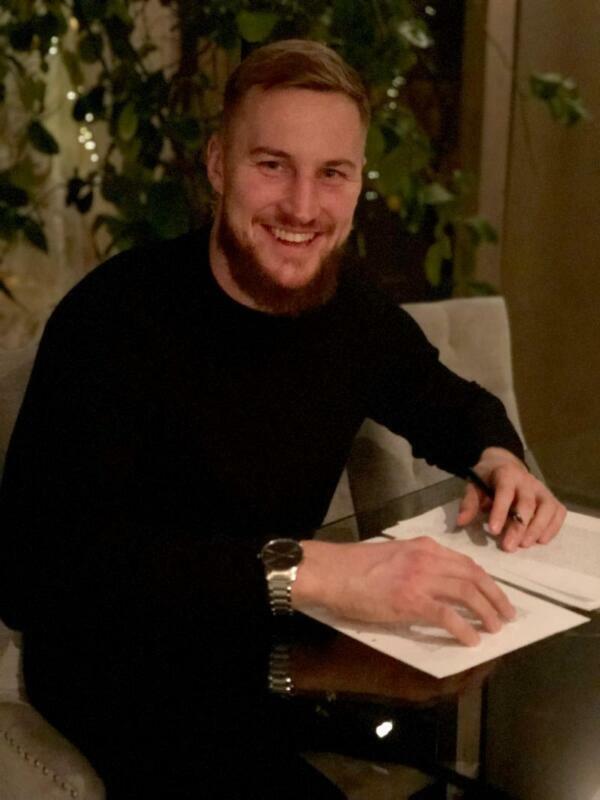 His U.S. debut on April 13 will come after Wallin has spent the last two years conducting training camp in New York with his trainer and former two-division champion Joey Gamache, while being managed by David Berlin and Zachary Levin.

“Cus D’Amato said, ‘It is the mark of a great fighter when he has character plus skill, because a fighter with character and skill will often rise and be a better fighter because of this.’ Otto has character and skill,” said Levin. “He is also exceptionally dedicated to his craft. When you have all of these things on your side, plus the talent he has–watch out!”

Wallin will take the first steps in following in the footsteps of Swedish hero Ingemar Johansson, who won the heavyweight world title in the U.S. by stopping Floyd Patterson in a memorable matchup at Yankee Stadium in the Bronx in 1959. Fellow Swede Badou Jack is the most recent from his home country to become a champion stateside, something Wallin seeks to accomplish with the help of Salita Promotions.

“I´m a kid from a small town in Sweden and I´m proud of what I´ve accomplished so far, but this feels like a new beginning and a very exciting one,” said Wallin. “Ingemar Johansson is a big inspiration for me, because when he came to the U.S. and won the title, he was the baddest man on the planet. That’s always been my goal and that’s what I’m going for.”