Jarrell Miller has been in fine voice since the start of promotion for his upcoming clash with Anthony Joshua on June 1.

‘Big Baby’ challenges for the world heavyweight title in his native New York and says Joshua’s advantages will be non-existent once the Brit gets to US shores.

“We’re going to have a little less bias. He has money to buy certain things that he wants. But I’m going to be in my borough, my home country, to get some things that I want.” Miller told Oddschecker / William Hill.

“It evens the playing field. Now that we’re in the in the UK and England. Everything would be favoritism for him.

“I’m training as if we’re fighting in the mountains of Russia. Nobody knows who we are. That’s how I think about it. It doesn’t bother me, I’m just going to work.

“He was the favourite and he got spanked. When Amir Khan fought in America, he was favourite, and got his ass whooped.

“You’ve got to think about it, what goes on in history, a lot of people are favourites – but that’s the odds being in your favour. That’s all it is. 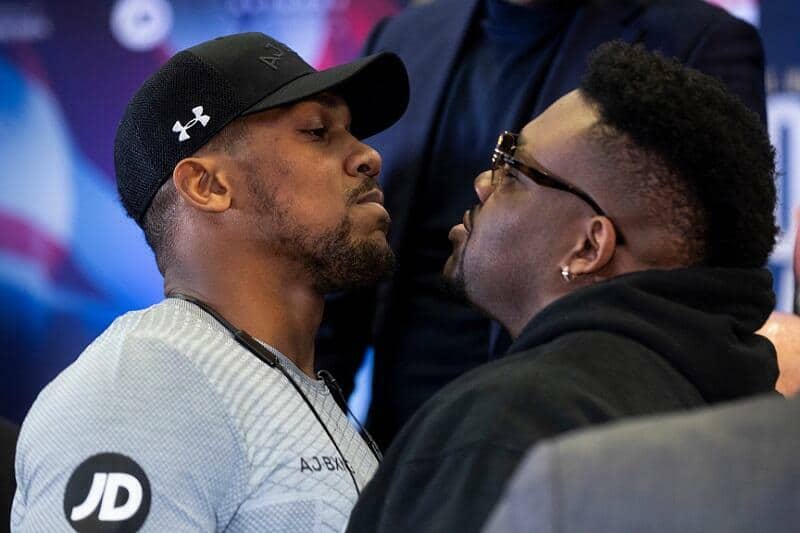 “Sometimes it’s just popularity and certainly what you’ve done in the past, but when you’re at war – because this is war.

“There’s no love lost and with strategic movements, you can put things in your favour.

“Oh yeah. Favourite? Boy. F** being favourite, I’ve worked too hard for that, I’m not looking past him, but he’s hoping everyone will kiss his ass and move in his direction.”

Finally, predicting an all-out battle, Miller added: “I’m thinking everybody is against me. Everybody. I think my own team’s against me, that’s how I think and that’s my mentality.

“Once I get in that ring, nobody is fighting for me. Nobody.

“He might have beaten two Americans, but he’s fighting a Brooklyn dude who has an origin around the world.