Allen returns to the ring for the first time since November when stepping in to face Browne. The contest is set to be made official for The O2 Arena by Matchroom Boxing in the coming days.

Despite Allen rebuffing the chance of a warm-up, Browne did accept a fight with Kamil Sokolowski over the weekend in Scotland.

‘Big Daddy’ was dropped embarrassingly in the second round. Browne then rallied to edge a 57-56 points victory with referee Darren Maxwell.

After the contest, which some on social media labelled a ‘robbery’ and ‘gift decision’ for the one-time WBA ruler, Allen was in confident mood.

“Based on that performance I will knock Lucas Browne into the middle of 2047,” declared Allen. 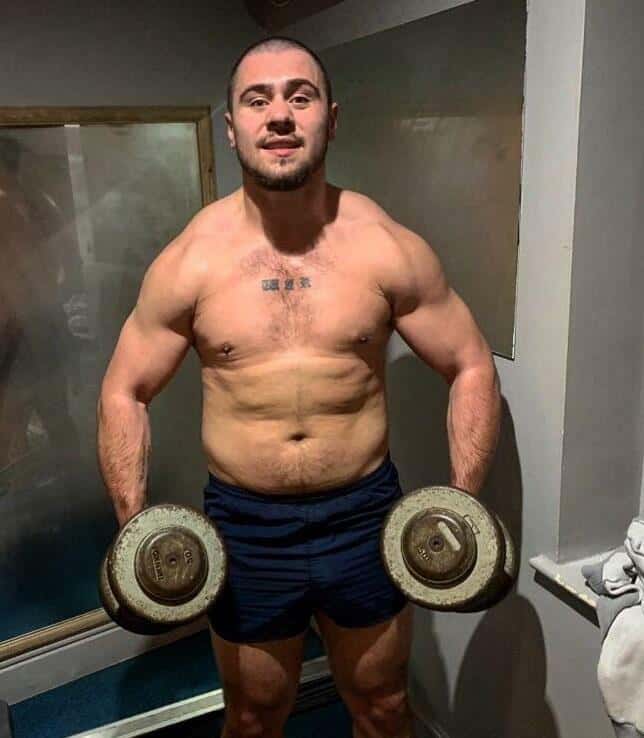 Asked his views of the triumph for his future opponent, ‘The White Rhino’ added: “I thought Browne edged it. The knockdown was off balance but he was poor. I’m not gonna say he wasn’t.

“If I’m going anywhere (in my career) I need to be having him out in good fashion (on April 20).”

Later, an in-shape Allen posted: “People telling me all over twitter I’m gonna blow this chance with Browne. Like f*** I am. I’m gonna be abs and ribs all over the show.”

Browne has since defended himself by sharing a picture on social media. Showing a bruised-looking Sokolowski alongside himself the day after the fight.

Sokolowski was clearly cut on the bridge on his nose. Browne, in contrast, didn’t have a scratch on him.

It’s all building up nicely for what should be a slugfest to come in the spring.

The winner will be elevated towards the top end of the rankings and be in line to face the bigger names.