Charlie Edwards has opened a new chapter in his story. The Englishman is ready to build a legacy ahead of his fight with Angel Moreno.

Edwards is vastly approaching his prime time in the sport, having won the WBC Flyweight belt back in December. He takes on Moreno later this month.

The 26 year-old is a huge pre-fight favorite in the 2019 Ladbrokes promotions after a highly impressive 2018.

Being at the top of the bill for the first time in his career, Edwards said: “I’m headlining my own show but I’ve got some great fighters and great former teammates on the card as well. I feel really lucky and blessed.”

Edwards still has plenty to achieve in his professional career which currently stands at 14-1.

“The hard work really starts now, and it’s about dedicating myself. I’m obsessed with the game, obsessed with getting better, day in, day out.” He said. 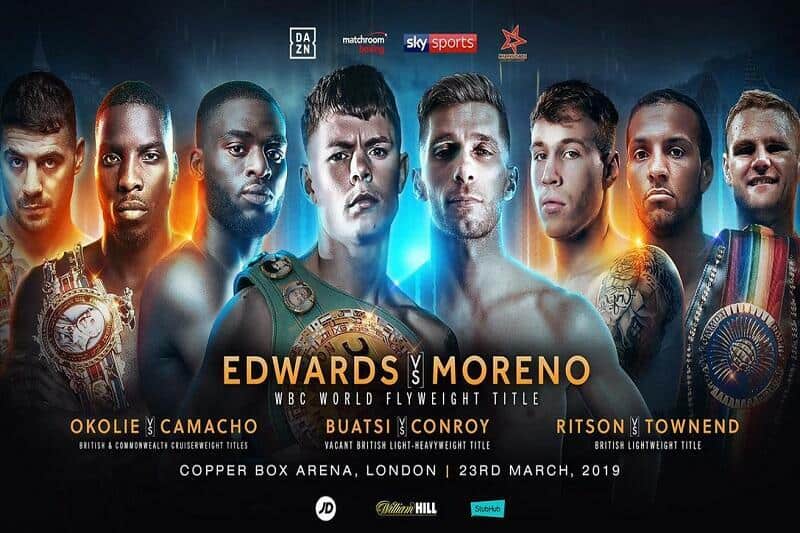 Fighting a former sparring partner in the first defence of his WBC Flyweight title, Edwards expects to put on a show – solidifying his rule as champion.

“I want to go down as a great, and this first defence is going to be a really good one. I’m really looking forward, and excited about this fight. Angel Moreno is a very good fighter.’

“First and foremost, I’ve got to focus 100 per cent on Angel Moreno, he’s a top-class operator and a hard fight. But I believe, and I’ll put it out there, this is my time. Timing is everything and it’s all come right.” He said.

A champion first and foremost, Edwards knows what is on the horizon and is ready to take the big challenges to get exactly where he wants to be.

“All the other fights, they will unfold in the future. I’m ready now to fight anyone and everyone. I’m in this sport not to pick and choose my opponents. I just want to build a legacy, and I want to be known as an all-time great in British boxing.”