Carl Froch is at it again. Hot on the heels of panning George Groves on his retirement, ‘The Cobra’ gave James DeGale a bit of the same.

When Groves stepped away from boxing a few weeks ago, Froch was criticized by former opponent Andre Ward for being an ‘arrogant hater’.

Froch had been less than complimentary about ex-rival Groves. On Thursday, he was at it again as DeGale made his announcement.

Appearing on talkSPORT with Jim White, Froch began will a backhanded compliment before laying into ‘Chunky’.

“He was a great fighter and he was an IBF champion. Won the world title,” Froch told White. “He made history, he was the first guy to ever win a gold medal and then go on to win a world title.

“So you’ve gotta have massive respect for him. But we’re talking about the top level of the elite. Was he the best of the best? He wasn’t.

“He was mixing it with the best, but he got found wanting right at the top.”

Going further, Froch pointed out he’d have had no problem taking DeGale out.

“If we’d have met in my career, I’d have been too strong for him. I’d have backed him up onto the ropes, he’d have sat there with his guard up. I’d have absolutely smashed him to bits.” 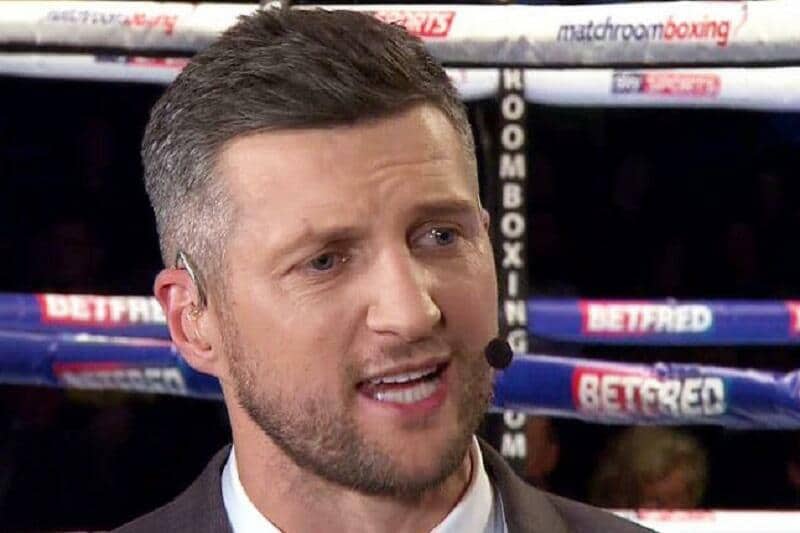 Words have been exchanged between Froch and DeGale in the past, something the Nottingham man was keen to touch on.

“He said a few things about how I retired rather than fight him. How he was all wrong for me and he would beat me. This is what he was suggesting.

“Chris Eubank Jr (who won a decision over DeGale in his final fight) lost to Groves. So on paper, you know, James DeGale don’t really belong in the same ring as me, let’s be honest.

“But yeah, he had a few things to say. He sucked his teeth at me and tried to have a little bit of a go at me at the Badou Jack (fight week) after the weigh in.

“But I straightened him out. I let him realise who he was arguing with. He actually doesn’t want to roll around on the cobbles with me, let me tell you.

“I told him to concentrate on Badou Jack because he can fight. Something he found out the next day because he got his teeth knocked out,” Froch added.