Baranchyk’s coach: “Preparations going excellent for Taylor, we will win the Ali Trophy”

Pedro Diaz, Ivan Baranchyk’s renowned boxing trainer, gives an insight into the preparations for the 140lb WBSS semi-final against Josh Taylor at The SSE Hydro in Glasgow, Scotland.

For a year the Miami-based Belarusian has trained under the wings of one of the most decorated coaches in recent history. Pedro Diaz was impressively part of the coaching staff for five Olympic Games – four with Cuba and one with the Dominican Republic – before moving to the professional ranks where he has worked with several world champions.

Now he is preparing Baranchyk for a title defence and a semi-final in the super-lightweight edition of the World Boxing Super Series against Scotland’s Josh Taylor.

When ‘The Beast’ Baranchyk advanced to the semi-final and took home the vacant IBF title, he showed his devastating power against Sweden’s Anthony Yigit and forced the ring doctor’s stoppage in the seventh round in New Orleans, USA. And Taylor impressed in his quarter-final and utterly dominated the bout and stopped USA’S Ryan Martin in the seventh round to pave the way for a sensational match-up between ‘The Tornado’ and ‘The Beast’.

Pedro, how is the preparation for May 18 vs Taylor going?
“The preparations are going really excellent. Baranchyk is a very dedicated athlete and he is going through a very good camp with good sparring partners. Baranchyk loves what he does. He is never late, he never misses a training, he never parties. He always gives 100% in training and he wants to train harder and is constantly pushing himself. Some boxers are tired when the weekend comes, but not Baranchyk, he is unstoppable. His only focus is his training and his future.”

What do you think of Taylor as a boxer?
“Taylor is a great boxer, he is one of the best in the division, and he has a good team around him, but we are very confident and people will see why he is called ‘The Beast’.” 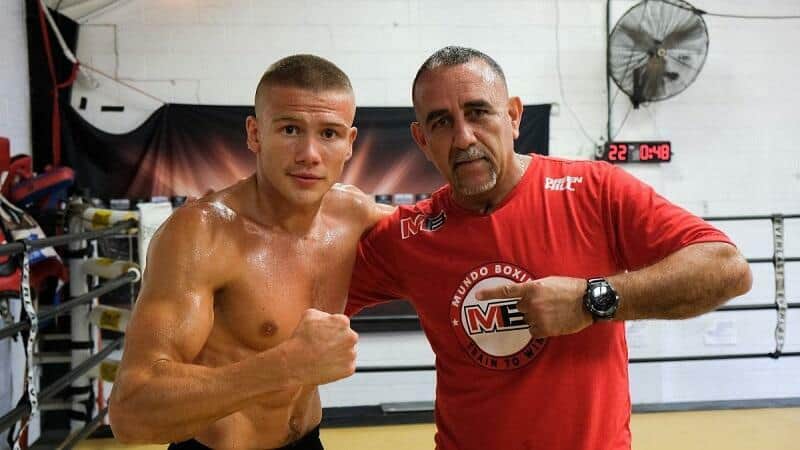 Why do you think Baranchyk has the upper hand to defend his title and go to the Ali Trophy final?
“We feel confident because of the dedication we see in the training. Baranchyk feels comfortable. We have different strategies, so there is always a plan b. What we can say is that we are not going for the KO, we always aim to win all 12 rounds, and we know Baranchyk can keep every round a very high pace.”

Do you think he will go all the way and take home the trophy?
“Like I said, we feel very confident because of what we see every day in the gym. He is a true warrior and has everything to become a superstar.”