The 33 year-old was dropped twice and looked out of sorts when losing at the O2 Arena on Saturday night.

Hurt whenever Eubank Jr. landing clean, the writing was on the wall for ‘Chunky’ from the second round.

To his credit, DeGale made it the full twelve rounds. Ultimately, wars with Badou Jack and Caleb Truax recently took their toll on DeGale.

The 2008 Olympic champion bows out as the first gold medallist to win a world title. DeGale eventually became a two-weight world title holder.

A stellar boxing stint was halted a gruelling battle with Jack in 2017. DeGale had his bridge knocked out as the pair went toe-to-toe in what has become a career-ending fight for the Briton.

Following the Jack fight, DeGale was out-of-sorts against Truax. A fighter who in his day DeGale would have taken every round from. 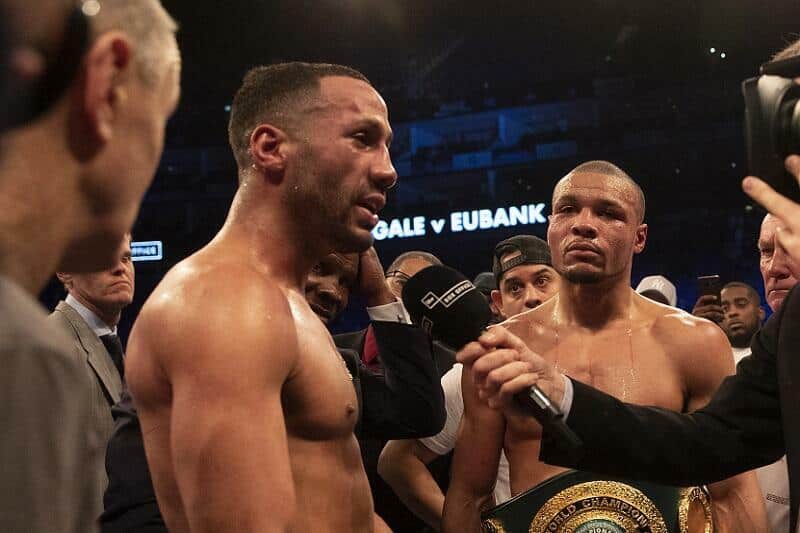 On the night at the Copper Box eleven months on from the Jack battle, DeGale wasn’t ready for another relentless effort.

Dusting himself down and coming again, DeGale regained the IBF strap on sheer skill and determination. The Eubank Jr. fight then proved a step too far.

Eubank was just too relentless for DeGale at this stage and many believe the correct decision has been made.

DeGale will bow out with an impressive 25-3-1 record and follows bitter rival George Groves in stepping away from the ring.

Just a few weeks ago, ‘The Saint’ confirmed his decision to hang up the gloves. DeGale had gloated at the time, less than a month later and Groves has returned the favor.

Truth is, both men gave a lot to UK boxing and will fondly be remembered as the warriors they are.

Their one and only pro collision was a classic encounter for British fans. It’s just a shame we didn’t see them go at it again.

WBN would like to take this opportunity to wish James all the best in whatever he decides to do next.