Hearn also gave his reason why a rematch between WBC title holder Deontay Wilder and lineal ruler Tyson Fury may now be off the table for good.

Fury signed for ESPN last week. The deal is said to be worth £8o million over fight fights.

Linking with ESPN meant a date of May 18 for the Wilder return was instantly scrapped.

Also, joining the show around the same time was Miller himself. The American has cast himself as the villain against Joshua on June 1.

‘Big Baby’ aims to rip the four world heavyweight titles away from Joshua in New York.

Joshua makes his Madison Square Garden and United States debut on the night. 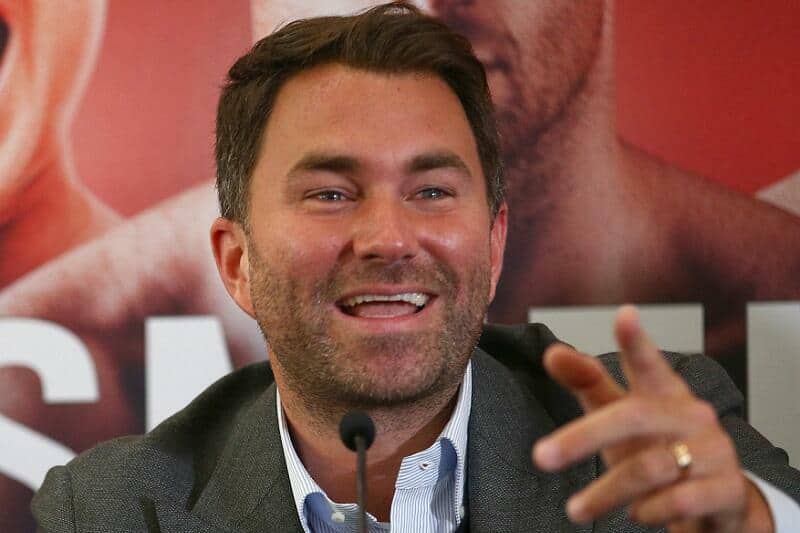 “Jarrell Miller has brought out the nasty side in Anthony Joshua.” — @EddieHearn explains why Big Baby Miller is the opponent Anthony Joshua needs

“Skinny toothpick and a year later he goes to 240-something and change?” — @BIGBABYMILLER wonders if Anthony Joshua got to where he’s at all-naturally

“He needs me more than I need him … every superhero needs a great villain.” — @BIGBABYMILLER on Anthony Joshua