Deontay Wilder had criticized Tyson Fury for stating he’d fight any man before turning his back on the rematch.

The American was informed by the World Boxing Council of the news on Tuesday as Fury wants at least one fight prior to a second helping.

Wilder then reacting to a post Fury had said after signing with ESPN last week.

“I will fight anyone in world boxing,” Fury had stated. “Don’t use boxing politics as an excuse not to challenge me the lineal heavyweight champ!” – in what was directed at Wilder himself.

Biting back, ‘The Bronze Bomber’ was obviously fuming to see another high-profile fight fall apart.

“I probably would too if I saw my brains splashed all over the canvas. #Timberrr #NoSmokeWanted” – added Wilder. 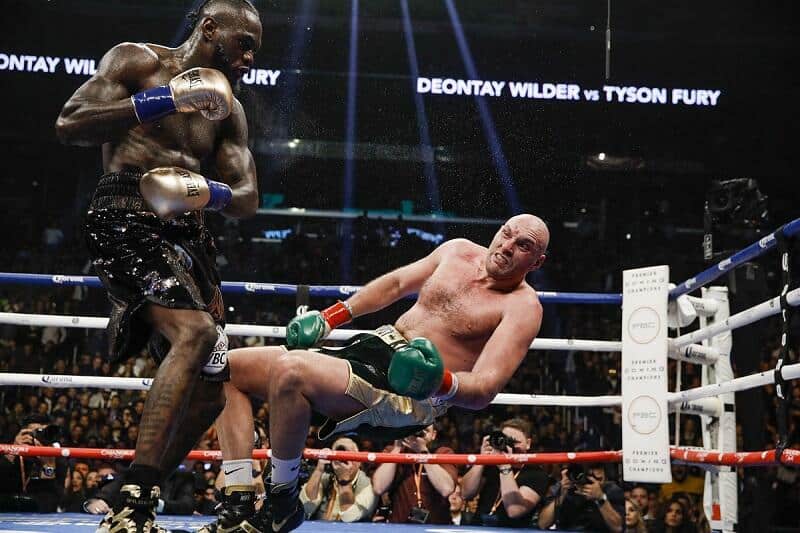 The pair enjoyed a thrilling fight the first time around. Fury was only just back in shape following a long absence.

With more weight shifted since, it didn’t seem like Fury needed any further time to prepare for round two. Bob Arum obviously disagrees.

Outlining what went down, WBC President Mauricio Sulaiman laid the blame squarely at the door of Fury’s new US representatives.

“Deontay Wider vs Tyson is officially not happening next. The WBC has received communications as our process.

“And while WBC Champion Wilder confirmed his willingness to fight the rematch, Fury will take on another fight with expectations to do the rematch at a later date,” said Sulaiman.

It seems Fury will be back in action against a lesser name, whilst Wilder could now face Dominic Breazeale or another opponent on his original May 18 date.

New York or Las Vegas remain the favorites to land Wilder’s next fight. Showtime will once again pick up the television rights.