Chris Eubank Jr. became a two-time super middleweight ruler with the International Boxing Organization on Saturday night, and in the process broke out as a United Kingdom Pay-Per-View star.

The 29 year-old, who saw his career at the top in doubt after losing to George Groves in the World Boxing Super Series almost exactly one year prior, cruised to victory over James DeGale at the O2 Arena.

Father Chris Sr. took a back seat in the build-up as Junior drafted in a new coach to help him keep disciplined. It worked a treat.

Head trainer Nate Vasquez put together the perfect gameplan against a DeGale on the slide. Relentless in every effort, Eubank Jr. was the clear winner.

Victory for the Brighton man opens up a plethora of possibilities for what surely will be another date on ITV Box Office in the future.

As TV takes over as ruler of the sport, the likes of Billy Joe Saunders and Callum Smith would have to immediately be ruled out, though.

Saunders fights on BT Sport and Smith is with Sky, leaving Eubank Jr. having to look at options within the Premier Boxing Champions brand. 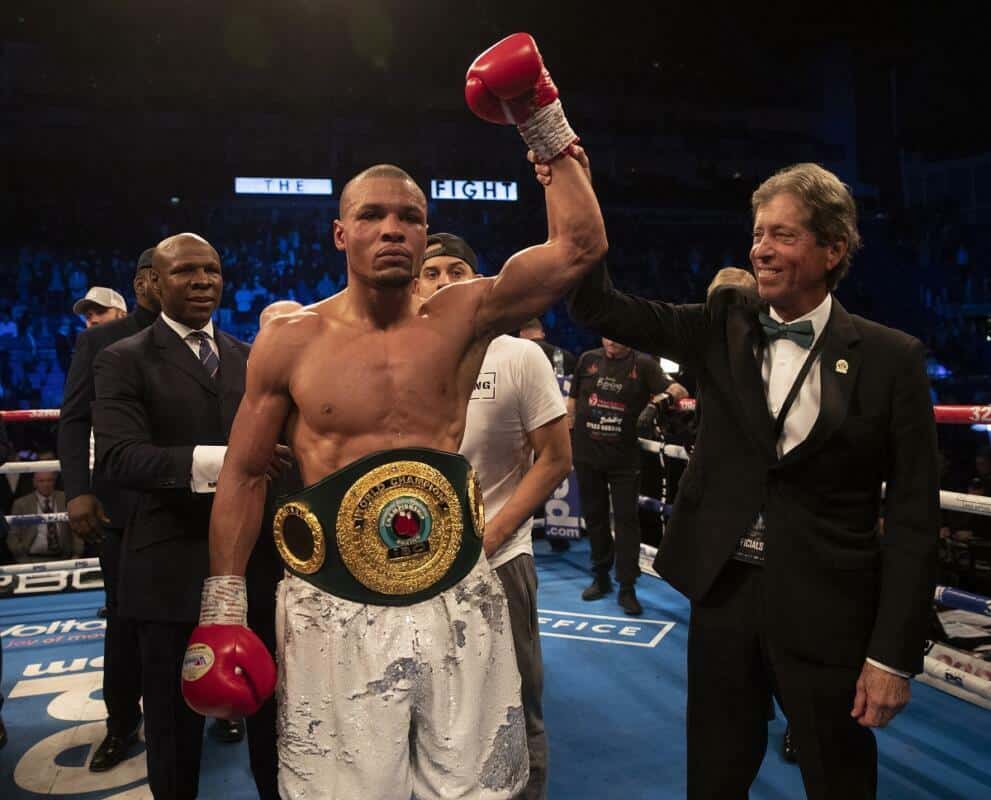 One option which immediately springs to mind is Anthony Dirrell. The new WBC champion at 168 squeezed past former Eubank opponent Avni Yildirim on the same night.

Eubank Jr. travelled to Germany in October 2017 to crush Yildirim in three rounds. Should Eubank and Dirrell meet, the Brit would certainly begin favorite on the basis of their contrasting performances.

It may take another fight each in order to get the encounter over the line. But it must be something Al Haymon and Richard Poxon have firmly in mind for later in 2019.

Another O2 event with two titles on the line would be big business on the back of a solid show in London’s docklands over the weekend.

Caleb Plant, a second champion with ties to Haymon, would be another consideration.

A delay in landing Dirrell or Plant could see Eubank pitted against the likes of Zach Parker or former sparring partner Denis Douglin.

Parker is a TV free agent. In contrast, Douglin backed DeGale to beat Eubank after being hired as chief help by the eventual victor.

For now, Eubank can savor his triumph.