Results from the O2 Arena as James DeGale and Chris Eubank Jr. battle it out for the IBO Super-middleweight title in a highly-anticipated grudge match.

While there were a few wild shots thrown, the ‘Next Gen’ star produced a dominant performance, flooring his bitter rival in the second and tenth-round, before being docked a point for slamming DeGale to the floor in the eleventh. Eubank even looked as if he could end it in the final round, but in the end, would have to settle for a points win.

While Eubank has re-established himself, there are question marks as to where DeGale goes from here. Britain’s first Olympic gold-medallist and world champion was a shadow of his former self and struggled to settle into the groove. If beaten, ‘Chunky’ declared he would retire, and based on this performance, he should hang up the gloves on what has been a glorious career.

However, for Eubank, he’ll savour this moment for now before aiming to challenge one of the world champions in the super-middleweight division.

Joe Joyce continued his climb up the heavyweight ranks after dispatching an out of shape Bermane Stiverne inside six-rounds via TKO.

Joyce dominated Stiverne from the first bell and sent him to the canvas in the third-round before Howard Foster halted the contest in the 6th.

Stiverne, a former WBC world champion, was marking his return to the ring for the first time since being brutally KOd by Deontay Wilder in 2016 and is expected to be his last bout of a career which has seen 25 wins with 21 coming by KO.

The ‘Juggernaut’ extends his unbeaten record to 8-0 and adds the WBA Gold championship to his Commonwealth strap. Joyce is now expected to challenge WBA ‘regular’ champion Manuel Charr later this year.

A bloodied Lee Selby rallied back to return to winning ways against Omar Douglas to capture the vacant IBF Inter-Continental title. Despite suffering cuts above both eyes from a clash of heads in round two and seven respectively, the Welshman won his first bout at lightweight via unanimous decision.

Andre Sterling got up from the canvas to record a points victory over Ricky Summers and will now be in line to challenge for the British light heavyweight title. Despite a knockdown in the second-round, Sterling won via unanimous decision with the judges scoring it 97-92 and 97-93 (x2) in favor of the Londoner.

Belfast’s Anthony Cacace opened proceedings at London’s O2 Arena and outpointed Alan Castillo 79-74 to extend his record to 17-1 in his first fight since 2017. 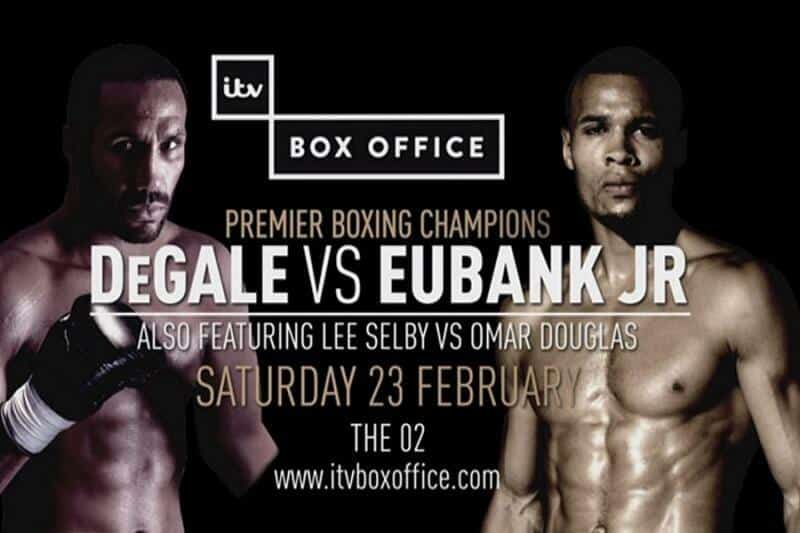 Tickets for the fight are on sale. Available from www.AXS.com and Inner Ringside/VIP Hospitality from www.sportandmusic.co.uk.