Advertisements
Home » David Haye: One Jarrell Miller shot could be lights out for Anthony Joshua

David Haye: One Jarrell Miller shot could be lights out for Anthony Joshua

Joshua faces Miller in his American debut on June 1 and Haye (???? Lawrence Lustig) sees Miller as a contender for an upset.

Miller is a huge outsider with UK bookmakers. Despite this fact, Haye says Miller could end the fight instantly.

“Believe me, Miller is a live opponent. He’ll give Joshua a hard time. He is dangerous and he has to be taken seriously,” Haye told the London Evening Standard.

“He will shock more than a few people with his boxing ability and size. I have never seen a heavyweight like him.

“What he lacks in height he makes up for in width. He is much bigger than Joshua even though he is shorter. One shot from him and it could be lights out.

“He is undefeated and he reminds me of a young Shannon Briggs, who gave Lennox Lewis a hard night at the office in 1998, pushing him to the wire.

“The whole of America will be watching what Anthony can do, too. Because this is his first professional fight abroad. That brings pressure,” he added. 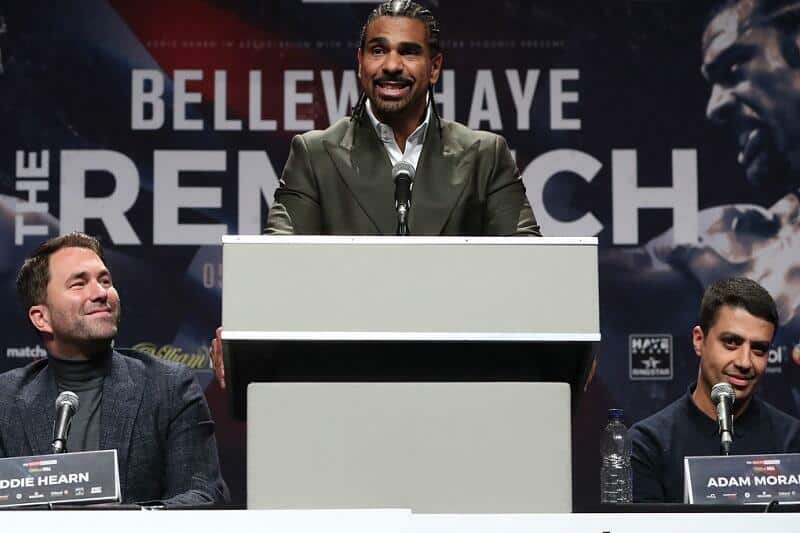 The initial press conference saw both fighters trying hard to drum up massive interest with the United States public.

Madison Square Garden is expected to be a 20,000 sellout for the contest. UK support is guaranteed, although could well be more than matched by the New York fans.

‘Big Baby’ has home advantage and Joshua might need to end the fight early in order to keep the Brooklynite’s quiet.

With 21 or 22 opponents dispatched, Joshua has the power to put anyone in the division to sleep. A lack of head movement by Miller won’t help his cause.

Coupled with the fact Tyson Fury claims to have dropped Miller seven times, Joshua should have no problems retaining his titles.