As media gathered for the press conference at Madison Square Garden in New York City on Tuesday, a distinct change was apparent in Anthony Joshua.

No longer was Joshua his cool, casual self. ‘AJ’ had garnered a new persona for his new United States audience.

Joshua was meaner, more direct and even used profanity in a complete opposite of his usual demeanor for British fans.

It was quite a shock to hear Joshua go off the way he did. Joshua (???? Ed Mulholland) may well have channeled his inner Mike Tyson to get the US public’s attention.

Opponent Jarrell Miller set the tone with his aggressive nature. But as the champion, Joshua couldn’t let the brash American get the better of him in front of the world’s media.

“Jarrell Miller is a little b*tch. June 1st – this is going to be a show. Come out and watch this one New York,” said Joshua.

“I am not up here playing the gangster role. I really knock people out, look at his little hands.

“This is the first time he will sell out a show and it’s because of me. Of course he spends all day thinking about me and watching my fights. He has to – but it still won’t be good enough,” added the unified champion. 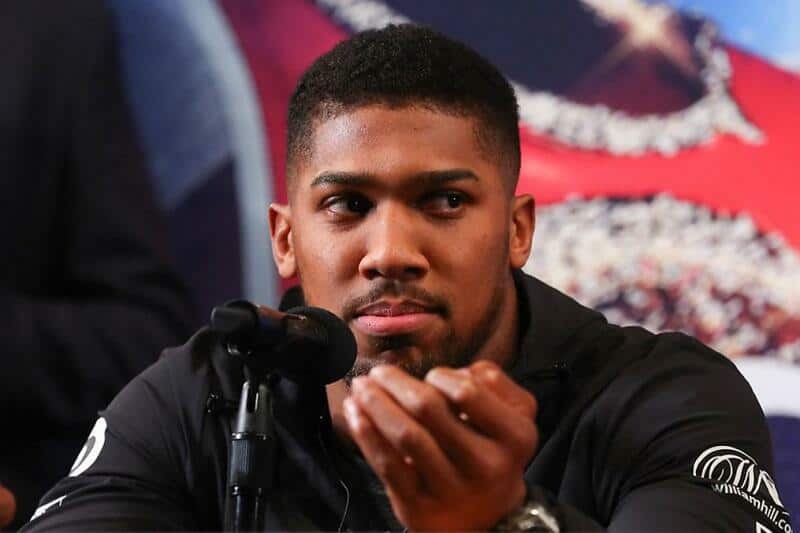 Promoter Eddie Hearn took the chance to big up his deal with DAZN.

“We have a seen a rise in the sport with DAZN. They signed Canelo Alvarez, delivered a huge fight between Canelo and Daniel Jacobs on May 4.

“And now DAZN will feature the biggest heavyweight fight by delivering Anthony Joshua to the United State to face Jarrell ‘Big Baby’ Miller.”

A full undercard will be announced in due course.