Unbeaten Middleweight Linus Udofia has committed his long term future to Goodwin Boxing by signing a three year extension to his management deal with Steve Goodwin.

Udofia who next fights in a Final Eliminator for the English title on March 16th said “It was an easy decision to make.

“Steve has opened up many doors and has done a fantastic job as my manager. 2019 is going to be even bigger”

Linus has been managed by Goodwin for his whole career and started on the small hall scene but in the last twelve months has mixed this with TV exposure boxing on both Hayemaker and Matchroom shows.

Goodwin said “We are delighted that Linus has committed his future to us. Our management strategy is develop our fighters through to TV platforms and this is what we have been doing with Linus. 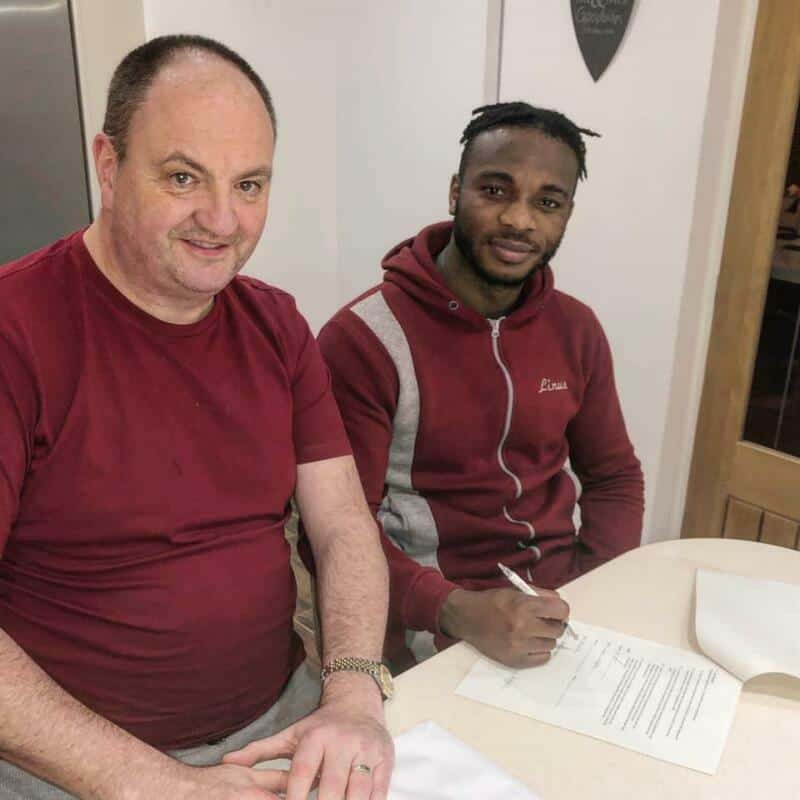 “His future is bright and we have a big fight on 16th March that providing he wins will move us onto even bigger things.”