Francisco ‘Chia’ Santana (25-6-1, 12 KOs) will make his PBC debut on the televised undercard of the WBC Welterweight World Championship Fight between Shawn Porter and Yordenis Ugas live on Fox on March 9th at Dignity Health Sports Park in Carson, California.

Santana will face Arizona’s Abel Ramos (23-3-2, 18 KOs) in what promises to be an action packed battle between two aggressive fighters both coming off victories, with the winner in line to face an opponent from PBC’s deep welterweight stable later this year.

Santana, who is coming off one of the biggest upsets of 2018 when he defeated Olympic Gold Medalist and world title challenger, Felix Diaz, is currently ranked #14 in the WBC.

“It’s crazy how much can change in a year.” explains, Santana.

“Last year at this time I was coming off back to back controversial losses that I felt I had won. My promoter had dropped me. I couldn’t find a fight. I had been out of the ring for a year. It looked like my career was over. I actually landed the Diaz fight because a friend entered me in an online contest to be an alternate fighter for a WBC tournament. The fans voted me in and when a fighter was injured, I was bumped up into the main tournament. I knew no one was giving me a chance to beat Diaz who was the favorite to win the whole tournament but when I’m overlooked that’s when I’m the most dangerous. The win landed me in the WBC’s Top 15 rankings allowing me to now be able to fight for their world title. I believe I am only one or two fights away from that opportunity and no one is going to stand in my way.”

Having worked with several promoters throughout his 14 year professional career, Santana is happy to be featured on a major Premier Boxing Champions event.

“The amount of world class welterweights that PBC has is unreal, including 4 of the 5 current world champions. It’s literally a who’s who of the division. I’m beyond excited to be able to make my PBC debut on Fox in primetime on the undercard of the WBC welterweight title fight. I have nothing but respect for a fellow hard working fighter like Ramos and I expect a war but I intend to make a statement on March 9th and come out victorious.”

Santana, a Santa Barbara native who lives and trains in Ventura, California at KnuckleHeadz Boxing Gym with trainer, Joseph “Hoss” Janik, is a favorite amongst hardcore boxing fans for his relentless in ring style and his fight anyone, anywhere, anytime attitude that has seen him give multiple future world champions all they could handle. In addition, he’s widely considered one of the friendliest fighters in the entire sport. 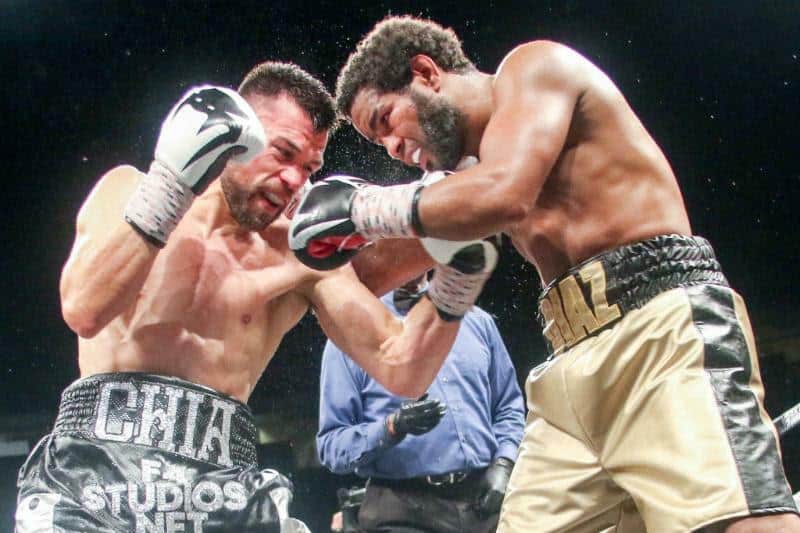 “I follow the golden rule. Treat others how you want to be treated. I’m a boxer but I’m a also massive boxing fan. Nothing is better than going to the fights and talking boxing with other fans. I’m no different than them. I wake up and run. I go to work all day with an hour commute back and forth. I hit the gym at night. I spend what little time I have left with my family. Then I go to sleep exhausted. I haven’t caught many breaks in this sport but I still haven’t given up on my dream of being a world champion. In life or in boxing, my motto is train, fight, win. I think that’s something everyone can relate to.”