On Monday, Tyson Fury announced the most lucrative heavyweight deal in history as the former champion joined Bob Arum and Top Rank.

The 30 year-old will appear on ESPN. A move which begs the question; ‘What now for the Deontay Wilder rematch?’

WBN takes a look at the scenarios which could come to fruition.

A) Wilder v Fury is OFF

The obvious first conclusion is that the Deontay Wilder rematch would now be off. Fury fighting exclusively on ESPN and Wilder on Showtime could instantly mean no deal.

Option B would see the pair allow the World Boxing Council to reschedule the purse bid they recently called off. This scenario would enable Top Rank and Wilder’s Premier Boxing Champions headed by Al Haymon to contest the promotional rights to the fight.

While opening up to bids, Wilder v Fury would then be susceptible to others making their interest known with a monetary offer. Hence, Eddie Hearn and more interested parties would make moves to host the fight and take it away from ESPN and Showtime, which would damage the former. 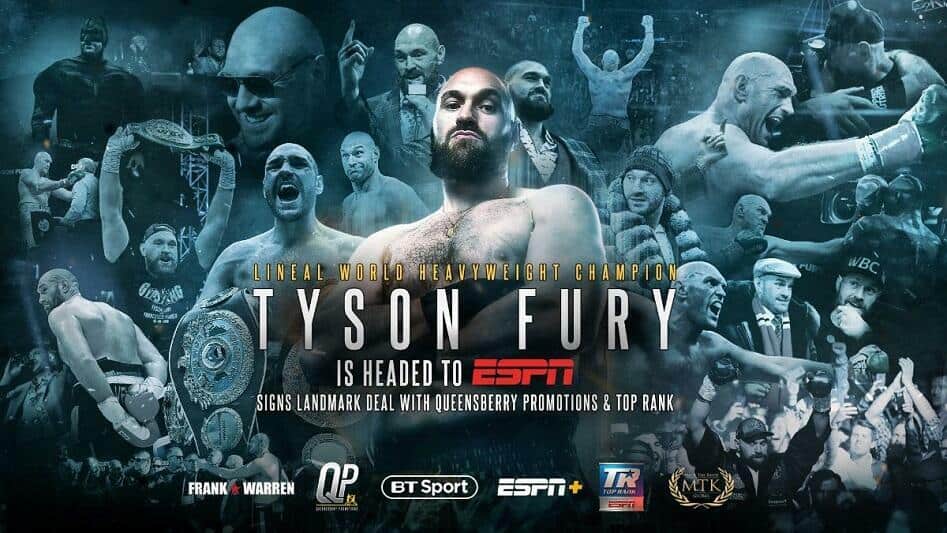 Wilder could accept an offer from Arum and Top Rank to fight Fury on ESPN Pay-Per-View. Something which seems highly unlikely and would crack relations with Showtime.

Like he did the first time they met, Fury has the opportunity to appear on Showtime for the second fight in succession. With Top Rank and ESPN placing upwards of £80 million on the table, they’d be mad to allow that scenario to unfold.

The most fathomable alternative to keep Wilder v Fury alive would be Showtime and ESPN to share broadcast rights. Fury’s promoter, Frank Warren, stated he would be happy for the UK to host a fight between Fury and Anthony Joshua. Therefore, there’s no reason why ESPN and Showtime couldn’t share the PPV on US soil.

Fury’s move has come entirely out of left-field and has seemingly jeopardized the biggest rematch in recent boxing history.

What happens next is anyone’s guess and will only become apparent once the first fight of the ESPN deal gets set.