Jordan Gill is determined to turn Peterborough into a regular fixture for Matchroom Boxing.

‘The Thrill’ headlines his first ever show at the East of England Arena on March 2 when he takes on Mexico’s Emmanuel Dominguez for the WBA International Featherweight title, live on Sky Sports in the UK and DAZN in the US.

The Fenland fighter looked flawless last time out when he stopped Ryan Doyle in seven to claim the Commonwealth crown at the Copper Box Arena and is promising to go one better by producing a career-best performance when he fights in his home county for the first time in five years next month.

“Headlining a show is a new challenge for me but it’s something that I’m buzzing for,” said Gill. “It’s more pressure to deal with because everyone is coming out to see me, all eyes are going to be on me as I’m top of the bill. But this is something that I’ve worked towards my whole life and to be in that position on March 2 is awesome.

“When the pressure is on I always deliver. That’s when you see the best in me, when I’m up against it or when I’ve got something to prove. I’m going to thrive under the pressure and I think you’ll see my best performance yet.

“The improvements that I made from the Cunningham fight to the Doyle fight were massive, and since the Doyle fight I’ve improved massively again so I’m looking forward to showing it off. I’m fighting a Mexican so it’s guaranteed to be a fan friendly fight. He’s coming for a war and we’re going to meet head on.”

Tickets for next instalment of the increasingly popular JD NXTGEN series are flying and 22-0 Gill hopes another explosive performance on home turf will help persuade Matchroom Boxing head honcho Eddie Hearn to return to the Cambridgeshire venue in the future.

“It would be great for me to lead the way in Peterborough. Everyone in Britain loves boxing at the moment and to bring the sport into a new city is awesome. If I can be the figurehead of that it gives everyone else on the undercard a chance as well. There’s local lads that will want to come through and make a name for themselves so it gives them a platform to perform on.

“Tickets are going fast, it’s been really well-received in Peterborough. It’s really nice to have the support of everyone. It’s a new event locally, people haven’t really experienced high level boxing or a Matchroom Boxing show. There’s a big buzz around the place, everybody wants to come to this event, everybody wants to be there – we’ve seen that with the ticket sales. It’s gone through the roof, I think I’ve done around 800 tickets so far. March 2 is going to be huge.” 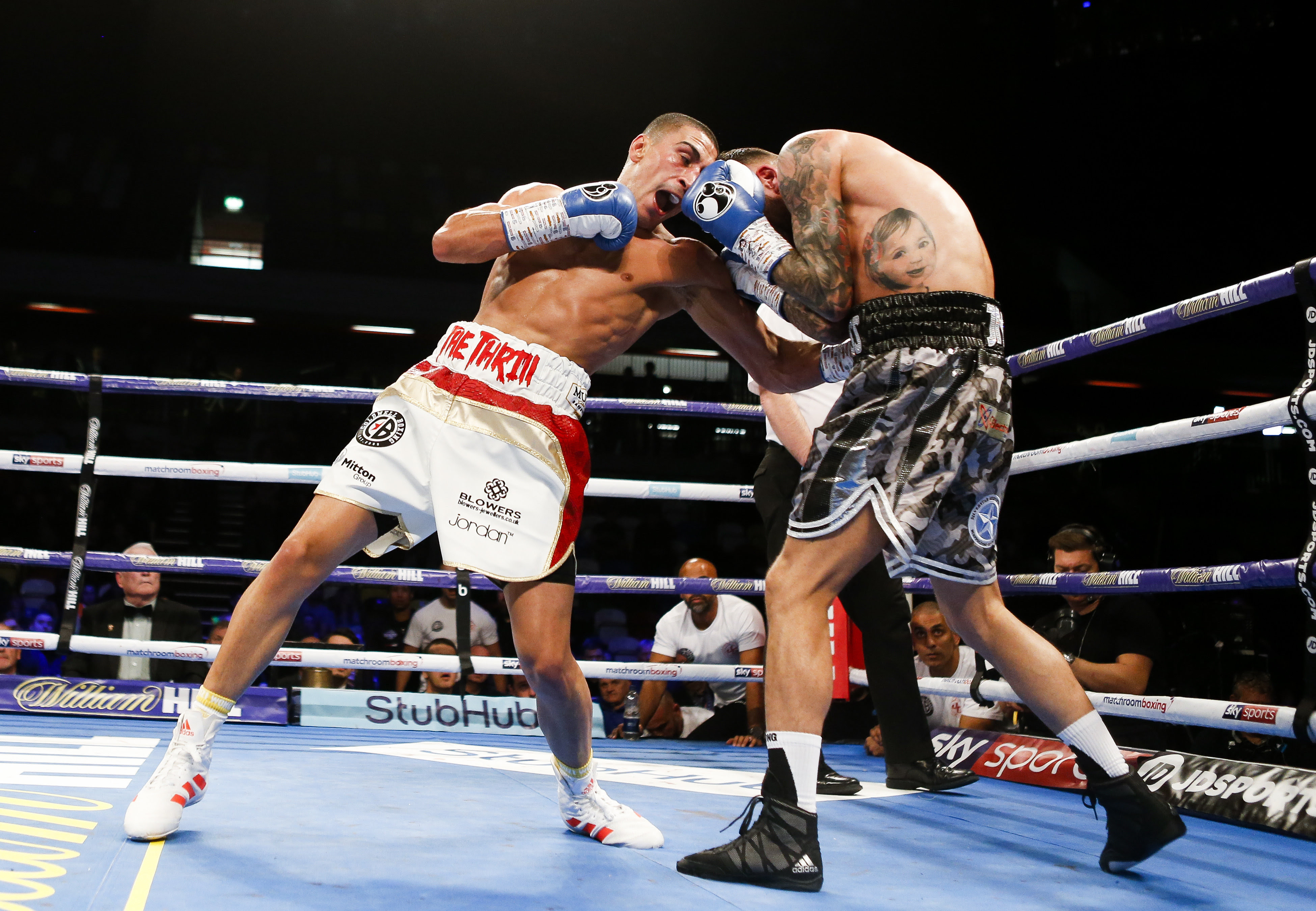 Gill vs. Dominguez tops a huge night of action in Peterborough.

Unbeaten Indiana Super-Middleweight contender Anthony Sims Jr fights for the second time in the UK after an explosive debut in Cardiff last summer.