Professional boxing heads back to Southampton when ex-pro Steve Bendall promotes at the Novotel on Saturday, March 30.

Jack Hillier will target a fifth straight win in front of his home crowd and the 21 year old says that with McGuigan behind him, he could be fighting for titles this year.

“Now I’ve got Barry managing me, I think I’m going to get pushed along quickly this year,” said Hillier, who boxed alongside Ryan Garner at Southampton ABC.

“There aren’t too many around at super-bantamweight and I think I could be fighting for titles this year.

“I’m hoping I will fight on TV this year.”

McGuigan has a contract with Channel Five and Hillier said: “To have Barry behind me gives me so much confidence.

“He’s been there and done it all. My family used to watch him and they tell me he was a helluva fighter.”

Hillier looks a good prospect himself. 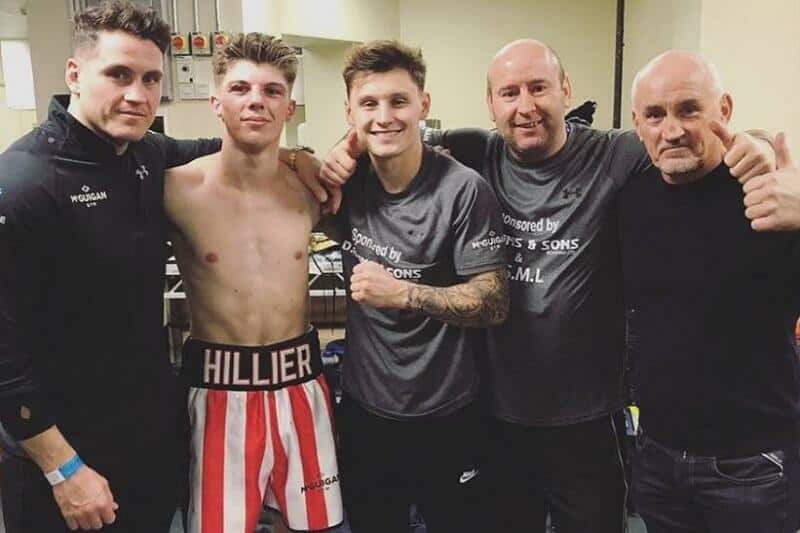 As an amateur, he boxed in the World Junior Championships in 2013 and in four pro fights, he’s been punch perfect.

Hillier was snapped up by the McGuigans around 12 months ago after he impressed when sparring Lee McGregor.

“They were happy with my sparring and took me on,” he said. “It’s an opportunity of a lifetime.”