It has been a frustrating period for Linus Udofia and all at Goodwin Boxing.

Since September 2018 he has seen two fights fall through for the Southern Area title, both due to injuries to now relinquished champion Tey Lynn-Jones.

The fight was due to be for both the Southern Area title and act as a FINAL eliminator for the more illustrious English title. This fight and victory would have made Linus mandatory for the prestigious belt and closer to the British title shot he craves.

As a Management team, our role is to help Linus achieve the maximum in his career and although he is still young enough to have many years ahead of him, the months of delay that have been caused by the cancellations mean that his career has been stalled in a way that was never planned or could have been envisaged.

Management of a boxer is a balance of long-term aspirations versus short term achievements. It became clear once Jones was unavailable that decisions would have to be made that would be for the boxer’s benefit and to ensure there is no stagnation.

As already stated, the ceiling of Udofia’s talent is very, very high and as such we have made the decision to move past the Southern Area belt due to the requirement to go ‘back to square one’ in terms of opponents and negotiations. Many names have been thrown at us, but each would require a further delay in the career of Udofia, something we are not willing to contemplate.

A good Manager will always have a backup plan. We have been pleased to work with the team of Darren Codona, who himself lost a tight 66-64 decision to Jones in 2018, to ensure that Udofia still fights in March and are delighted that this will still be an eliminator for the English title. We recognise that Codona has performed at a good level in the past and provides the stiffest test of Udofia’s career to date. 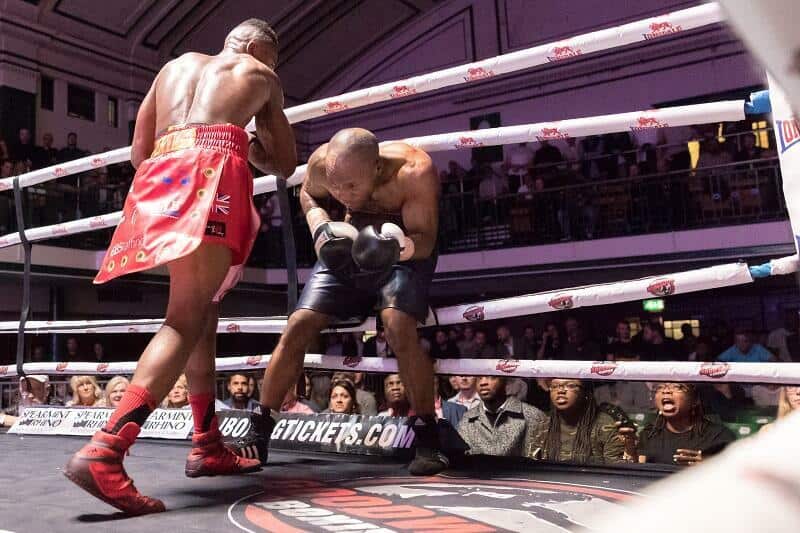 At Goodwin Boxing we believe that Udofia is heading towards bigger and better titles throughout his career.

It is important that every boxer we manage has the opportunity to fulfil their potential and in March, Udofia will be able to take those next steps without the delays that have plagued his career since being paired with Jones and we will continue to deliver on the promise of providing top class opportunities to our stable of boxers.