Floyd Mayweather has more exhibition fights up to his sleeve after making more money than expected on New Year’s Eve in Japan.

The soon-to-be 42-year-old battered kickboxer Tensin Nasukawa in one round of a RIZIN-staged contest. Mayweather was due to make a staggering $9 million his trouble.

Weeks later, and after counting his haul, the ‘Money’ man exceeded his expectations.

“You know what’s crazy? The exhibition was supposed to be $9M, but I end up making $10 million,” Mayweather told Fight Hub TV.

“Am I having more exhibitions? Probably so. Most likely, yeah. I got about $80 million on the table worth of exhibitions.”

Included in the eight-figure offers is a place for Gervonta Davis to travel to Japan in the coming months.

As Davis blasted out Hugo Ruiz in less than three minutes of his latest title defense, Mayweather explained ‘Tank’ will now head to the Land of the Rising Sun.

“We’re talking about May (for Gervonta Davis to return to the ring) if that’s okay with him,” said Mayweather. 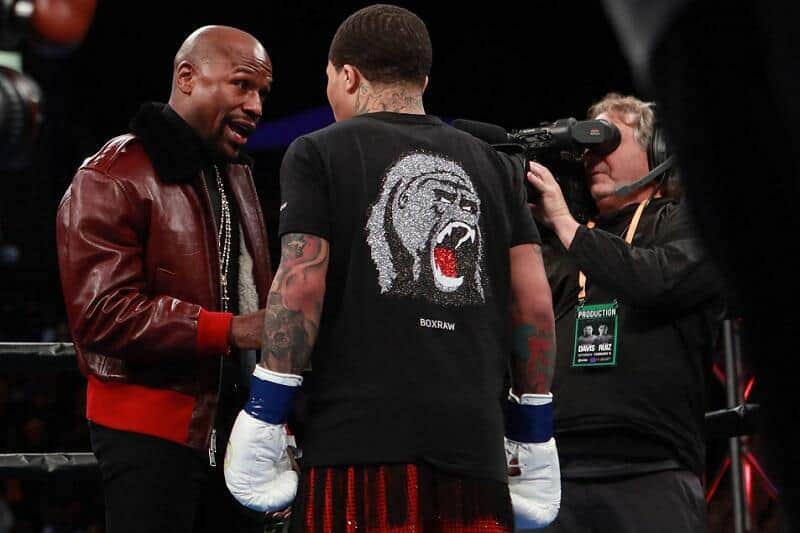 “(Before that) He’s got an exhibition bout with the guy Tenshin (Nasukawa) in Japan this April. He’s fighting Tenshin in an exhibition match in Japan on RIZIN.

“I’m proud of Tank. He is going to stay active. So first it’s Tenshin in April, and then in May it’s the real fight (possibly unification),” added the Mayweather Promotions Chairman.

A rematch for Mayweather against Manny Pacquiao remains on the table but is purely down to whether the aging legend believes he can still compete.

Pacquiao signed with Mayweather Promotions in the hope of securing a second fight.

The Filipino Senator was defeated in 2015 whilst nursing an injured shoulder. The bout remains the most lucrative of all time.

If Mayweather decides against a return, Pacquiao has many options open to him at Al Haymon’s Premier Boxing Champions.

The likes of Keith Thurman, Errol Spence, Mikey Garcia, Amir Khan, and Jarrett Hurd would give Pacquiao plenty to ponder.