Andre Sterling squares off against Ricky Summers in a final eliminator for the British light heavyweight title on the James DeGale v Chris Eubank Jr. undercard.

Fighting previously on small hall shows, Sterling stated there would be no difference appearing under the bright lights of the O2.

Sterling spoke to WBN in an exclusive interview before fight week.

“It’s gonna feel the same, another day in the office,” said Sterling. “I’ll be honest. I don’t mind fighting in front of a crowd. I want to fight on TV and get some publicity, it’s a good thing, and that’s what I’ve been waiting for.”

“Nine fights in. This is the result of my hard work, so I am where I want to be.”

Sterling has emerged from a win over Kirk Garvey to claim the Southern area title. Expanding on talks about the opportunity, Sterling said he is making the most of it.

“One hundred percent. People don’t understand how hard it is to make a living off selling tickets. It’s hard to be on the small hall shows because some of those shows clash with shows like the one I’m going to be on. 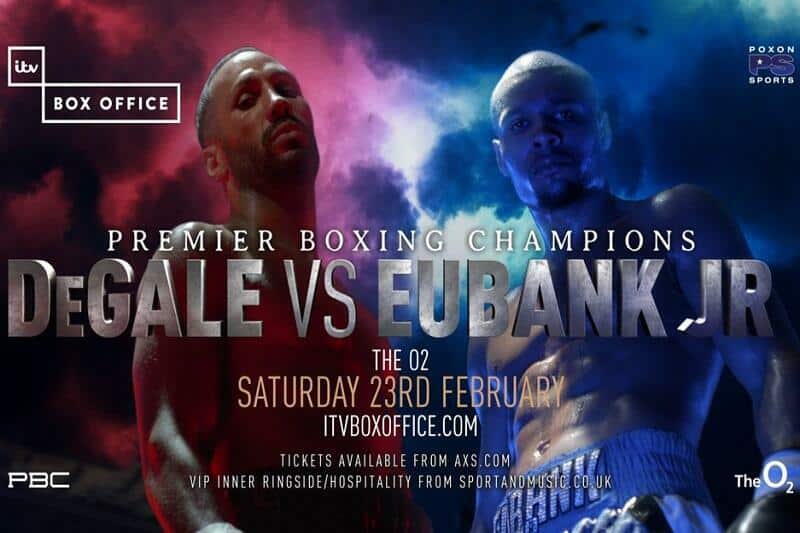 Coming through the early stage of his career and attempting to progress his professional career, Sterling is now relishing the opportunities to be on big cards like DeGale vs. Eubank – live on ITV Box Office.

“Financially and business-wise, it’s always better to be on a bill like this. That’s the situation, and I’m very grateful. I thank God and ITV for this opportunity to showcase my skills.

Summers will be Sterling’s biggest test in his career so far. ‘Digger’ is a former British title challenger with a record of 15-1.

“I’m not going to take anything away from Ricky Summers, but I think I’ll be too much for him. It is what it is. I’ll fight whoever they put in front of me right now.

“I’m just going to wear him down as the fight goes on. I don’t think he’s going to want to be taking big punches for a long time.

“He ain’t really fought no one, that’s what I’m trying to say. He fought Buglioni and lost, but I’m going to come with more heat than that.

“I don’t really know him as a person. He might be a tough guy and take a few shots, but we’ll have to see on the night because I’m hitting hard right now.”

The winner will go on to fight for the British title, which is currently vacant. Joshua Buatsi and Liam Conroy fight each other next month, for that said Lonsdale Belt.

Speaking about fighting the winner as a possibility, Sterling concluded: “That will be the opportunity that I would love to have. Fighting Buatsi and really being able to test my skills to see where I’m at.

“I’m not in control of anything, but I have faith if I win this fight, whatever is in line is in line. I’ll take the fight, so that’s why I have to respect myself. It’s the route that I’m coming through in such a short space of time.

Tickets for the fight are on sale. Tickets available from www.AXS.com and Inner Ringside/VIP Hospitality from www.sportandmusic.co.uk.