Light-heavyweight Josh Buatsi is on the cusp of taking over domestically with a vacant British title shot on March 23.

Buatsi, who won a bronze medal at the 2016 Olympics in Brazil, has steadily moved through the UK rankings.

Buasti is confident of getting the job done – potentially early.

“It’s not about the opponent. It’s a title that I want to win, it’s part of the journey that I’m taking. Conroy is the man that’s been put forward and on March 23 it’s going to happen. I’ll be doing everything within my will and my power to win that title,” said Buatsi.

“They might think that I’ve only done three one rounders but that’s cool, I’ll be prepared, I’ll be there from one to twelve so whichever number it is, if I see the opening I’ll take it. 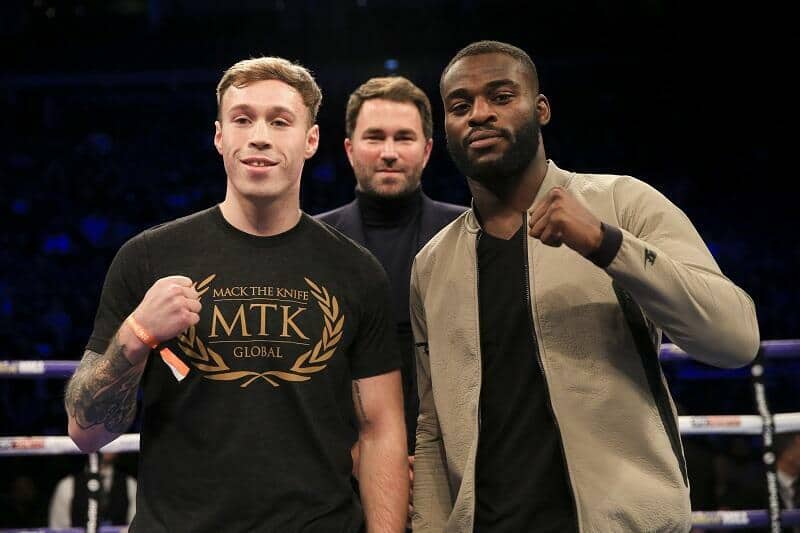 For his part, Conroy promises not to just be there to make up the numbers.

“This is a massive fight but I think it’s been a long time coming. I won my British title fight eliminator in 2017 and I’ve just been working relentlessly since,” said Conroy.

“This has always been my goal. I’m just dead grateful for being on the show. I’d like to thank Matchroom for putting on the show against Buatsi, but it’s not about the opponent, it’s about my journey and the British title is my dream.

“I’m going to give it everything that I can and keep on going relentlessly till the final bell. I won’t stop until I have that belt.

“Like I say, it wasn’t about the opponent, it was about the title and I think no matter who the opponent was I would have taken the fight.

“People seem to think that I’ve been given something here, being in this fight but I haven’t been given anything. I’ve kicked down all of these doors and I’ve made myself mandatory challenger to the British title.”