On Saturday night in Carson, one of boxing’s true fighters, Ishe Smith, decided to hang up his gloves following a 40th professional contest at the age of 40.

A younger, fresher Erickson Lubin took Smith out at the Dignity Health Sports Park in just three rounds. The truth is, we didn’t see the real Ishe Smith that night.

Participating in his first fight for nine months and just his third in two and a half years, he told a familiar story of an aging warrior.

Upon being halted by Lubin, Smith correctly decided the time was right to retire from the sport after a fairytale career.

Solid as a rock. And with a jaw to match. Smith, in his pomp, would have certainly heard the final bell against Lubin.

Knowing it was the correct time, Smith released a statement shortly after the bout.

“From the first to the last, you guys always got the best of me. I never made excuses. But I never complained.

“I just went out and gave my best every time out. For the support, I say thank you. I love you guys.

“It was a great shot I didn’t see. I never recovered, either. So no excuses from this end. [It’s a[ Young man’s game.

“Nineteen years is a storybook for me. I can bow out gracefully – Ishé Oluwa Kamau Ali Smith.

Promoter Lou DiBella was one of the first to congratulate Smith on a ring spell that exceeded initial expectations.

“Congrats on a truly admirable career, Ishe. You have many things, inside and outside the ring, to be proud of. Wish you and the kids nothing but the best, my friend,” said DiBella.

From the massive high of claiming the IBF super-welterweight title against all odds in 2013, to the massive blow of losing the mother of his children in 2017. Smith has always handled himself with dignity.

First breaking out of the shadows when appearing on the first series of The Contender in 2004, Smith lost his undefeated run to eventual winner Sergio Mora. But it was his personality which ultimately shone through.

Instantly likeable and with a story to tell, Smith captivated fans who then followed his next moves with interest.

Despite enhancing his reputation outside of the ring, ‘Sugar Shay’ faced setback after setback inside it. The losses kept coming at a crucial stage for Smith until the call came from Floyd Mayweather to join his ‘Money Team’ revolution.

With a powerhouse now guiding his best interests, it wasn’t long until Smith worked his way into title contention. As a result, three wins on the spin led to a fateful meeting with former Contender star Cornelius’ K9′ Bundrage in 2013. 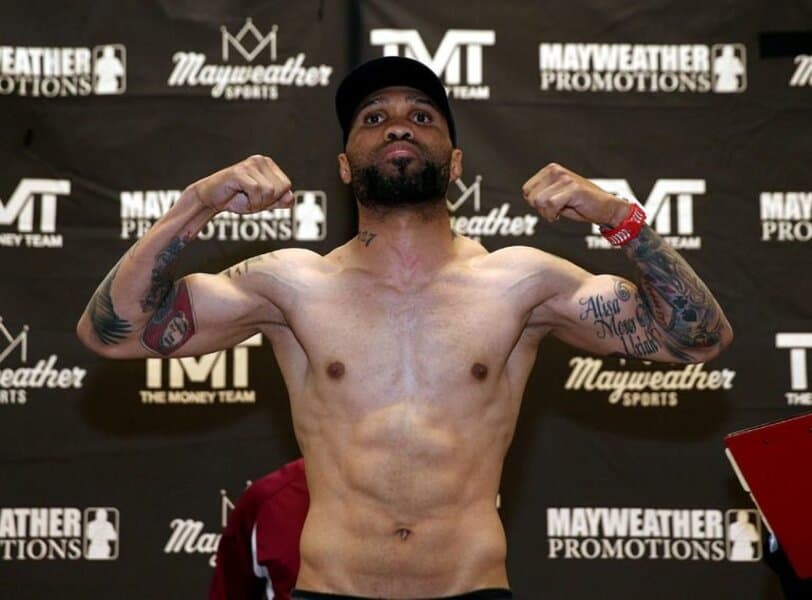 Smith managed to see out a majority decision, after which the tears revealed how real the struggle was for the Nevada native.

Becoming the first Las Vegas-born world champion will forever live on in memory as Smith proved dreams do come true.

His reign would only last seven months but was enough to make all the effort, blood, sweat, and tears worthwhile.

Ishe was now a champion inside and out. He would enjoy some big fight nights on the back of raising the famous red belt aloft.

Furthermore, he would also have to take some tough and controversial decisions against him on the chin.

There’s no doubt the 2017 execution of his former wife Latoya Woolen heaped extra pressure on Smith later in his career.

However, he always handled situations with class and gained the support of friends, family, and fans to get him through his darkest days.

I want to thank Ishe Smith for being himself the whole way. WBN wishes him well in whatever endeavors he decides is best for him moving forward.