LIAM WILLIAMS has blasted back at Joe Mullender, claiming his big rival wishes he had his talent.

Williams makes the first defence of his crown against Mullender (11-2) at London’s Royal Albert Hall on Friday March 8 on Frank Warren’s stacked bill that is live on BT Sport.

Clydach Vale’s Williams raged: “Listen. He did watch my fight.

“He’s been at home thinking about it for weeks and wishing he could fight like me.

“He’s playing it down trying to win over the people, but don’t fall for it.”

Promising to repeat his impressive performance against Heffron who was rescued in the tenth round, the Welshman warned Mullender: “You know what time it is, sleepy time.”

Williams insists he’s another level, and that his all-action challenger is already suffering mental torture ahead of the big fight.

“He can say what he wants,” Williams added.

“When he puts his head on that pillow at night he’s already watched himself get filled in over and over and the closer it gets the worse it will get.” 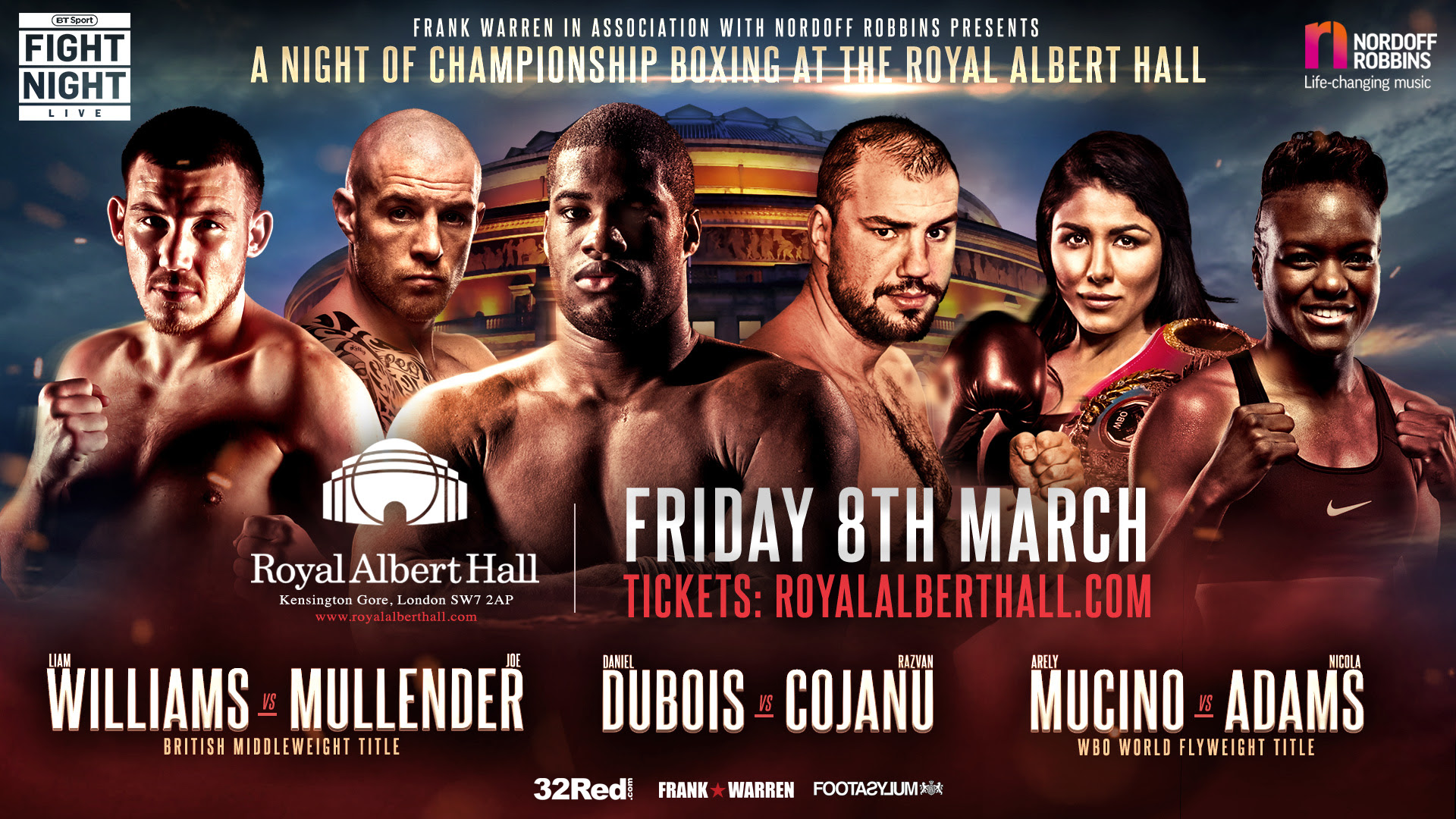 Elsewhere on the show, Nicola Adams OBE will look to make history and be the first female crowned World Champion at the venue as she challenges for the WBO World Flyweight Title against Arely Mucino on International Women’s Day. Daniel Dubois follows in the footsteps of British heavyweight greats to fight at the historic venue and takes on Razvan Cojanu in his tenth fight. Johnny Garton makes the first defence of his British Welterweight title against Chris Jenkins. Lucien Reid will fight Indi Sangha in what will be his toughest test to date, while GB Flyweight Harvey Horn, Cruiserweight talent James Branch and middleweight banger Denzel Bentley all feature.

Tickets are priced from £40 and are available to buy via RoyalAlbertHall.com