On a night with three world title fights, it was boxing’s hottest star that stole the show at The Ford Center at The Star in Frisco, Texas, as Teofimo Lopez (12-0, 10 KOs) bloodied, battered, beat up and knocked out former two-time world title challenger Diego Magdaleno in the 7th round of their NABA/NABF/USBA Lightweight Title bout.

Lopez’s work began to show as early as round two, when his power punching opened up a cut on the bridge of Magdaleno’s nose.

Lopez continued to pound away on Magdaleno. Soon after, Magdaleno’s face was a bloody mess as a result of vicious shots landed by Lopez.

In round six, a powerful left hook finally sent Magdaleno to the canvas. Most who saw the fight felt the contest should have been halted there.

Lopez of Brooklyn, New York, landed two devastating left hooks that put out Magdaleno in the 7th frame, and the fight was stopped at 1:08.

“I take nothing away from Diego Magdaleno. We picked our shots, and we knew that in the later rounds, he’d drown in those deep waters,” Lopez said.

“As the competition gets tougher, you will see more of what I can do. I dissected him like a surgeon.”

Lopez took a major leap into securing a major fight in his next bout. 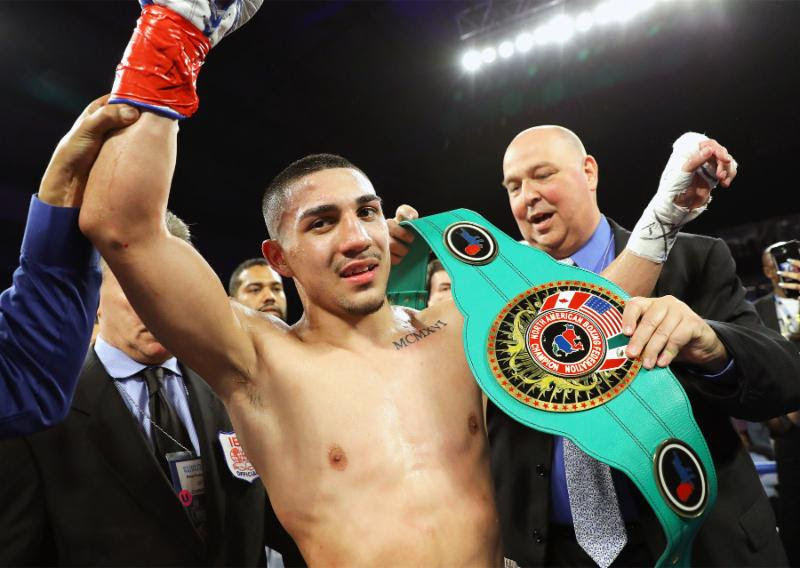 “I think Teofimo has clearly proven that he’s not just a prospect or a contender. He is a world champ right now, and the only thing that is missing is the belt,” said David McWater of Split-T Management.