Advertisements
Home » EXCLUSIVE: Sanchez on when Joyce could fight Joshua, Wilder or Yoka

EXCLUSIVE: Sanchez on when Joyce could fight Joshua, Wilder or Yoka

Joe Joyce is ready to trade blows with Bermane Stiverne of February 23 in what is being billed as the British heavyweight’s toughest test yet.

Stiverne is a former WBC champion and Joyce heads into the London bout on the back of just seven pro outings.

Training in Big Bear with renowned coach Abel Sanchez, Joyce is learning from one of the best around.

Sanchez trains Gennady Golovkin and Murat Gassiev, amongst others at his legendary camp in California.

Ahead of the Stiverne fight, Sanchez discussed the forthcoming challenge. He also outlined when he expects Joyce to be mixing it with the likes of Anthony Joshua and Deontay Wilder.

“This is a difficult fight for Joe. Stiverne has experience in big fights and will be something hard for Joe to deal with,” Sanchez exclusively told World Boxing News.

“The Joyce team feels that he is ready for the big step. Plus, he is also 33 years old so it’s imperative that we make these calculated career moves.

“Hopefully, he’ll be ready for a title shot next year, We feel that he will be ready (for Joshua or Wilder) at some point in 2020.

“If Joshua is still a champion by then, it would be a huge fight for Joe.” 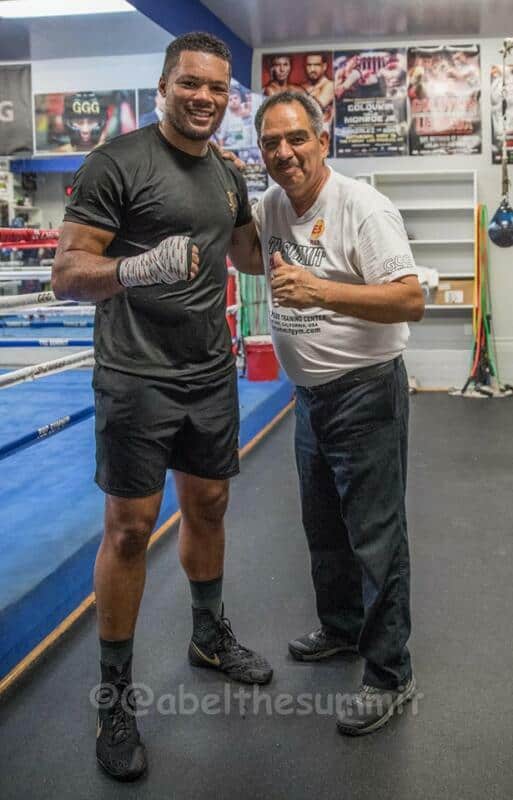 Asked about speculation a re-run of the Olympic final was possible soon. Sanchez pointed out the current situation regarding gold medallist Tony Yoka makes things difficult.

Yoka, who controversially beat Joyce at the Rio 2016 showpiece, is currently serving a one-year ban for missing several drug tests.

When both ditched the vest, reports immediate pitted the two together, potentially for a title in the future.

“But Joe Joyce will be Champion before Yoka. So their paths may cross when Joe decides the time is right,” said Sanchez.

Joyce is part of a massive bill at The O2 Arena in less than three weeks time. The contest represents Joyce’s first foray onto the Pay-Per-View format.

Top of the bill is an IBO super-middleweight championship grudge match between James DeGale and Chris Eubank Jr.

The heavyweight contest between Joyce and Stiverne co-features alongside the return of Lee Selby.