Eddie Hearn has once again revealed his frustration at the lack of contact by Deontay Wilder’s team over a fight with Anthony Joshua.

The Matchroom boss has made attempts to open negotiations with Wilder over an undisputed fight with Joshua in 2019.

Finkel has taken his stance due to Hearn’s failure to play ball in the summer of 2018, when Wilder made a huge $50m offer to Joshua.

Hearn counter-offered that deal, which Wilder accepted at $15m for a Wembley clash in September. Documents were sent for finalization, only for Hearn and Joshua to move the goalposts.

As a result, the fight broke down. Wilder then turned his attention to Tyson Fury. Wilder could now be locked into a Fury saga for two years.

After revealing the timescale, which would also include a WBC mandatory, Hearn blew his top in an interview with his usual YouTuber source of IFL TV.

“Can you imagine if I said that?” Hearn (???? Mark Robinson) told IFL TV. “It shows how much he (Deontay Wilder) wants to be undisputed though, doesn’t it?

“No one asks him the questions. He was in an interview yesterday with Stephen A Smith on ESPN and they went ‘If they Fury fight doesn’t get made, do you think there’s a chance you could fight Anthony Joshua?’ And he went ‘They don’t want it. They’re not interested.’ 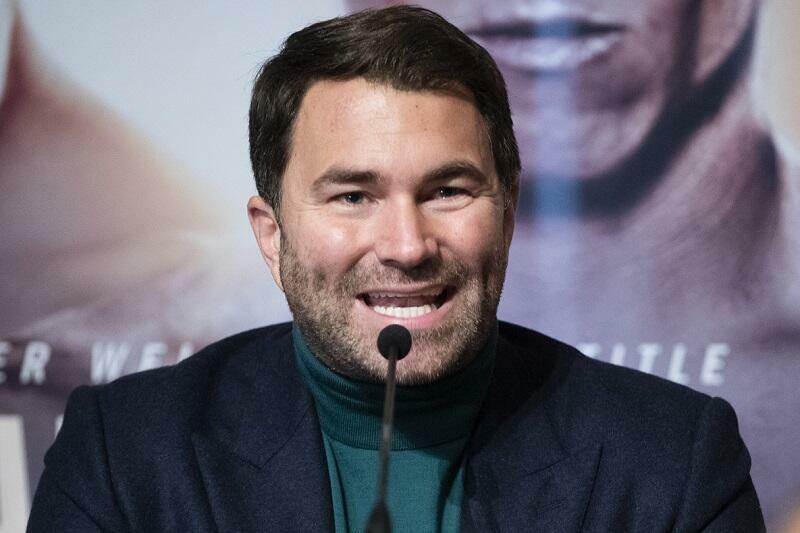 “Why didn’t someone say to him ‘Well Eddie Hearn has just said that he sent you six or seven emails to Shirly Winkle (Shelly Finkel) and they haven’t replied to one?’ Because that f****r is so arrogant, he won’t even reply to an email.

“I’ve tried to be nice because he’s said to me ‘Eddie don’t say bad things about me in the media’ but f*** it. He won’t even have the courtesy to reply to an email,” he added.

With a Joshua v Wilder deal dead in the water, Jarrell Miller has now come into play for the unified title holder.

Miller in New York this coming June is seen as a solid fight for Joshua’s US debut. UK options include Dillian Whyte and IBF mandatory Kubrat Pulev.

Whyte has ruled himself out despite being the favorite. Whilst Pulev is an alternative to take care of an IBF stipulation.