Sergio Garcia scored a dominant win over Ted Cheeseman to retain his European Super-welterweight title at The O2 in London.

The fight opened as busy for both men, Garcia let his hands go with Cheeseman able to find opportunities on the inside.

Cheeseman found counter left hooks but Garcia was far outworking the Brit. ‘Mr. Fisher’ appeared to have no plan B and Garcia was gaining more control as the rounds went on.

Cheeseman opened up for exchanges and found some success albeit little whilst Garcia landed the best punch of the fight in round 5.

With his face drenched with blood by the sixth, Cheeseman attempted to gather himself as Garcia came on stronger. The pair kept the audience excited with constant action.

Marching forward, the British champion lost control as he increased head movement but refused to throw punches and trade with the Spaniard.

Cheeseman started to turn the tables in the eighth round, sticking Garcia in a rut at times but the effort was not enough. Garcia held Cheeseman by a piece of string with his constant jabs and obvious outboxing.

Just as the action dialed down in the 10th, Garcia landed a cracking uppercut to reignite the fight, Cheeseman appeared dazed momentarily and slugged it out with Garcia. 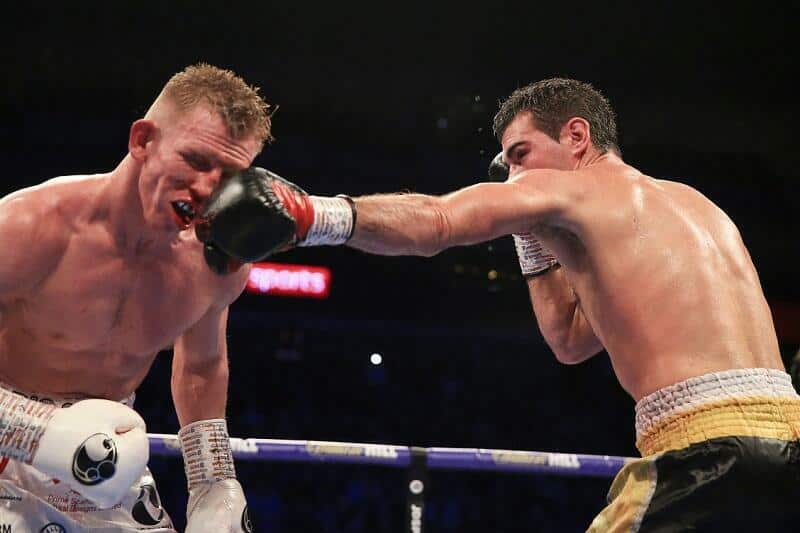 Garcia landed a straight right hand which almost knocked out Cheeseman standing in the 11th. Rocking his head back sickeningly.

Cheeseman finished strongly and landed sweeping hooks at times but Garcia was as fresh as a rose.