Lennox Lewis put out an epic statement on the heavyweight division recently. The former undisputed king made his feelings clear on how the top-weight class is shaping up.

A big point made by Lewis was the desire to keep Anthony Joshua in the United Kingdom.

As promoter Eddie Hearn goes over the finer details of a long-awaited US debut, Lewis aired his concern on a lack of push to fight stateside previously.

“Joshua is the man to beat in the division. He’s a marketer’s dream and has great looks and personality,” said Lewis.

“All this is great when packaging him as a product. But as a fighter who’s been there, I find it a bit difficult to understand why Joshua wasn’t as pressed to lift that WBC belt from Wilder as he was to get the IBF belt from Charles Martin.

“Everybody has the right to be a champion in their own way. So I wish him all the best. I want to see him go after the undisputed title with the same urgency as consolidating all the other belts.

“Of course, boxing is a business. But there was usually no conflict in fighting the best and lining your pockets at the same time. In fact, I’ve found that fighting the best built my legacy and also did well for my bank account. Fine wine, baby!

“Right now, Joshua is a big fish swimming in a little pond. They are using the model that the Klitschko’s had in Germany and applying it to England.

“I’m not mad at that, but even the Klitschko’s fought in other countries. As a world champion, he has to come out of his comfort zone. 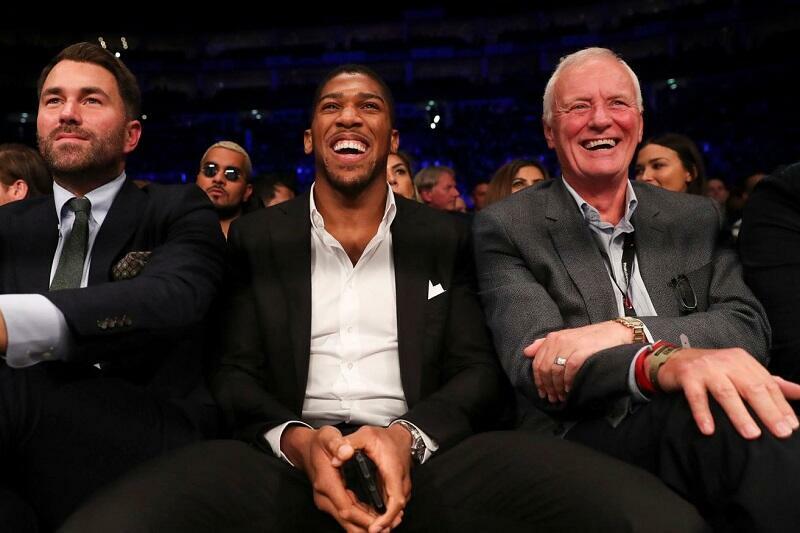 “I don’t blame him for being leery about coming to America. Especially if you go by the bad judging decisions that happen there in so many fights, but at some point, if he wants to achieve a worldwide box office status, he will have to fight in front of audiences outside of the UK.

“The funny thing is that Joshua may truly be the best of the bunch. But we won’t know until he starts talking sense for the event fights.

“I understand that promoters must have a plan mapped out for their fighters, and Eddie has done well by Joshua up to now. But at some point, you gotta stop milking the cow. Let it do what bulls do.

“It’s also on the fighter to take the bull by the ‘Hearn’ and say ‘make this fight!’ That’s how legacies are built.”

Jarrell Miller is set to be in the opposite corner to Joshua in New York this June. Back-up options include staying in the UK to face Dillian Whyte or IBF mandatory Kubrat Pulev at a later date.

With Wilder-Fury 2 happening, Eddie is now scrambling for a viable opponent for Joshua. If Joshua handles his business, the winner of Wilder-Fury 2 should take on Joshua for the undisputed title.

“If that doesn’t happen, then we know that it’s just about milking the British fans for as much money as possible instead of bringing the undisputed heavyweight championship of the world back home to them for the second time in their lifetime. Just that simple,” he concluded.