Following his spirited loss to Oleksandr Usyk in the World Boxing Super Series Final, Gassiev has been recovering from a shoulder injury.

Sanchez, who guided Gassiev to IBF and WBA straps, is looking forward to welcoming the Russian back to Big Bear.

“The thing about Murat Gassiev is that he’s a very positive person,” Sanchez exclusively told World Boxing News. “He’s now at the tail end of his therapy.

“For the Oleksandr Usyk fight, he knows that he wasn’t 100%. Murat is already looking forward to crossing paths with Usyk again in the future.”

Asked whether Gassiev is considering a move up in weight – as Usyk is, Sanchez replied: “It has been discussed, but the decision will be made once he gets back to work.

“Once we are back together, we see what the possibilities are. We need to get Murat back in the gym, then make plans for his return.”

Usyk is likely to announce his top division run in the next two weeks. The four organizations are readying themselves to arrange mandatory bouts for the vacant belts. 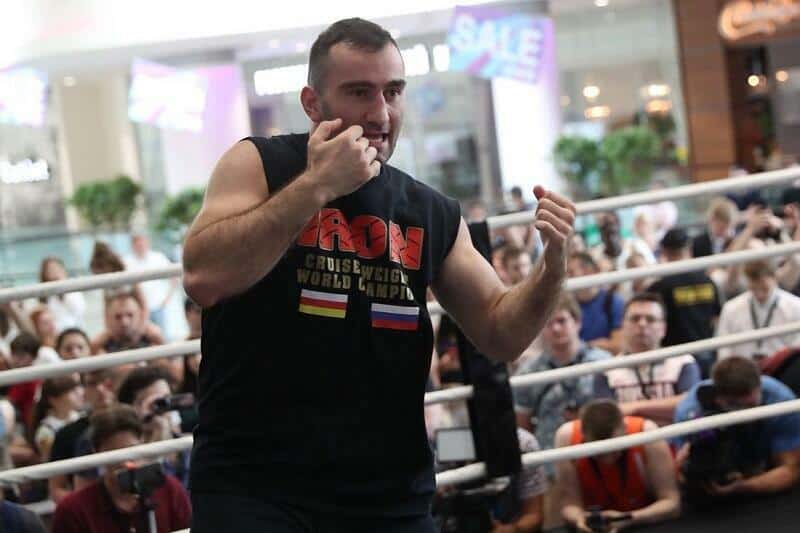 In fights with Carlos Takam, Alexander Povetkin, and Dereck Chisora, Sanchez says Usyk can make a dent at 200 pounds plus.

“I think Oleksandr Usyk will do very well in the heavyweight division. He is a very talented fighter,” he pointed out.

“Usyk’s has great skill. I think his elusiveness and hand speed would do well.

“The only thing that could be an issue is the size of the fighters. That could come into play late in fights,” added Sanchez.

Gassiev was rated in the pound for pound list until Usyk halted his progress. But there was certainly no disgrace in defeat for the ‘Iron’ man.

At 25 and with a record of 26 wins and 19 knockouts, Gassiev still has a lot to offer the sport.

Whether he follows in the footsteps of Usyk at the maximum weight limit or goes after his old straps, it will be good to see Gassiev competing again soon.