The reigning two-time WBC Super-Flyweight champion, Ring Magazine champion and pound-for-pound star has been a huge hit in Americ a. This follows a pair of wins over Roman Gonzalez in 2017 and then victory against Juan Francisco Estrada last February.

Rungvisai moved to 47-4-1 on home turf in Thailand with a wide points win over Iran Diaz . The win came three months after notching an incredible 41st KO triumph by blasting away Young Gil Bae in the opening round, again on home territory.

The Thai king will return to the ring to defend his strap for the fourth time in his current reign in a fight to be announced soon .

The 32 year old is delighted to have penned a deal with Hearn and the streaming giants .

“It’s my great honor to be working with Matchroom Boxing USA and DAZN,” said Rungvisai.

“I thank my team and everyone who made this opportunity possible. I am extremely excited for my future fights in the USA with Matchroom Boxing and DAZN .

“I promise to bring excitements to all my fans always. 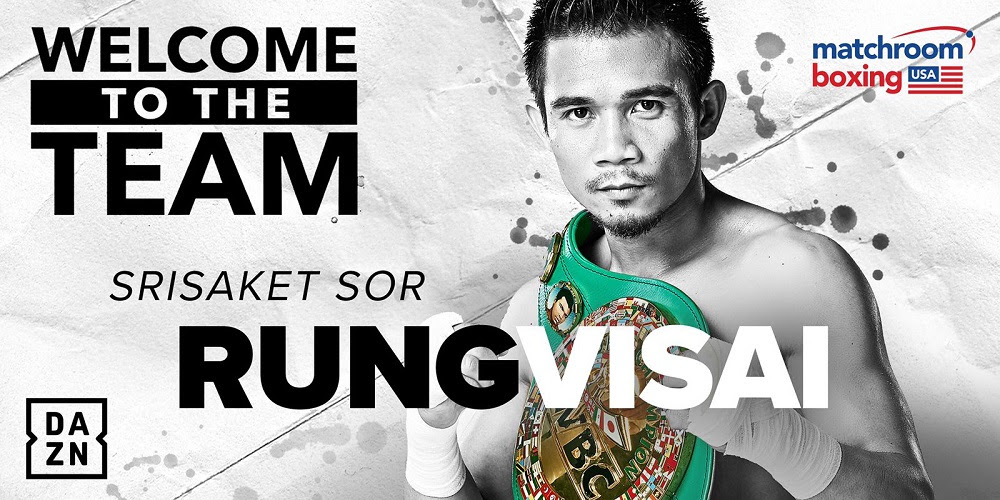 “Srisaket is one of the top pound-for-pound fighters in boxing today and has been a revelation in recent years with great fights . He has wins over Roman Gonzalez and Estrada and has some huge fights to be made in the division.

His next fight will be announced soon, and fans can expect another firecracker live on DAZN and Sky Sports!”