Stiverne had asked promoter Don King to find him a route to another world titles shot earlier this year. King came back with a solid offer from Joyce’s promoter Richard Schaefer to face ‘The Juggernaut’ in just his eighth contest.

Addressing what Stiverne (???? Esther Lin) obviously sees as over-confidence on the part of Briton. The veteran is looking forward to having an experience advantage.

“I told my promoter Don King to get me any man on earth and I will fight for the right to prove myself to the world,” explained the Haitian-Canadian. “Then the phone rings, it’s Don, he tells me Joe Joyce – a boxer with only seven bouts – agrees to meet me! ‘Seven bouts?’.

“Seven fights and he has the audacity to box me? I have stopped Chris Arreola, Ray Austin and an undefeated Kerston Manswell. Then a boxer with seven fights wants to box me?! 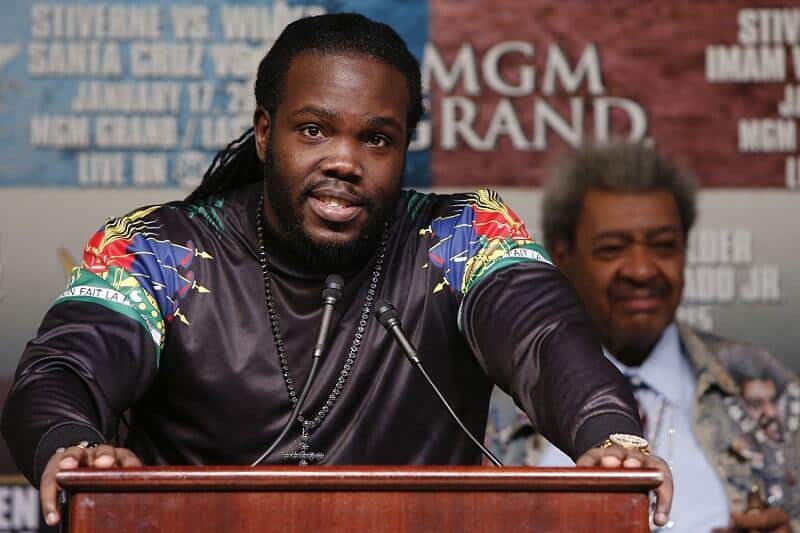 He continued by firing a warning to Joyce ahead of their February 23rd meeting at The O2 on ITV Box Office.

Adding that future target Anthony Joshua could get it too.

“For me, it is a dream come true – but for Joyce, it will be a nightmare. I will knock out Joe Joyce and step over him to KO Anthony Joshua,” promised Stiverne.

“I’m primed and ready. The real Bermane Stiverne will be there on February 23 and will knock out Joe Joyce en route to regaining my heavyweight crown.”

The winner of the contest is set to receive a considerable WBC rankings boost. Targetting the winner of Deontay Wilder v Tyson Fury may well be more realistic.

Joshua has mandatories backed up until 2020. While the Wilder v Fury saga could be over by the spring dependent on the result.