This past Saturday in Tijuana, MX, cruiserweight Muhsin “The Spartan” Cason (4-0, 2 KOs), and heavyweight Jonnie Rice (10-3, 6 KOs), both who are managed by Prince Ranch Boxing’s Greg Hannley, scored knockout victories in their scheduled 4-round bouts.

Cason, the younger brother of former two-time heavyweight world champion, Hasim Rahman, controlled the action from the opening bell by using his jab. He ended his bout with a straight left to the body.

“This was my first time fighting in Mexico and I got the knockout,” said Muhsin Cason, a former D-1 athlete who played wide receiver at Maryland. “I’m looking to get right back in the ring, hopefully in February. I want to stay busy this year and climb up the rankings.

Rice, who is trained by former world champion, Wayne McCullough, landed a powerful right cross to the head of his opponent, stopping him in the middle of the 2nd round. Rice dictated the pace the entire bout. 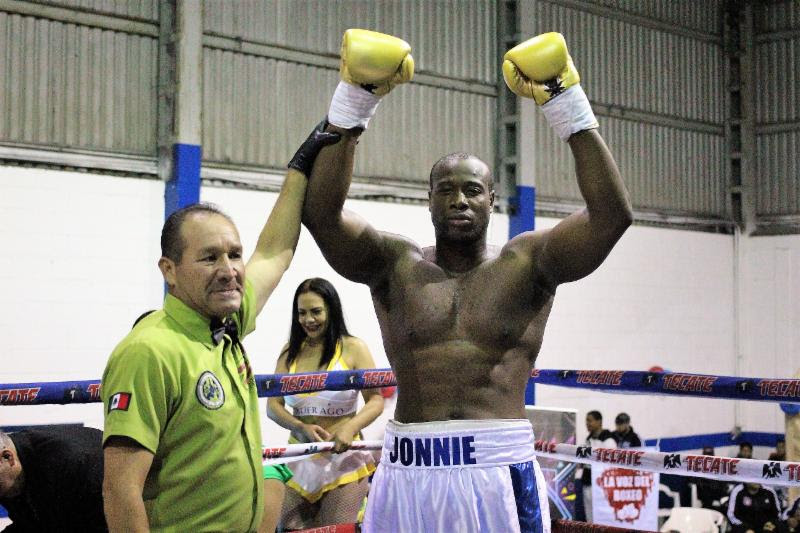 “This was my 3rd fight with Wayne and I can see the difference in my performances,” said Rice. “My goal is to keep improving and getting better. I’m confident I can march up these rankings and land a big fight. I’ll be back in the gym this week.”

“Cason and Rice are both making strides to becoming better fighters,” said Greg Hannley of Prince Ranch Boxing. “With more experience under their belt, they can become a force in their respected divisions. I have plans to keep them both busy this year.”