“I trained hard for this fight,” said Kownacki. “I prepared for 10 hard rounds, but I’m glad I got it done and ended it as fast as I did.

“We stuck with the game plan. I’m a pressure fighter. I worked on sitting down on my punches and I proved that I have great power when I do that.”

The Polish-born fighter put on an impressive performance in front of a large crowd of Polish diehards.

Kownacki got the action started early, landing a series of big punches that had Washington in trouble on the ropes.

The 29 year-old landed 46 punches in total in the round, to just 12 from Washington.

Washington was able to get to his feet, but after Kownacki followed up with multiple right hands, referee Harvey Dock to halt the bout 1:09 into the second round. 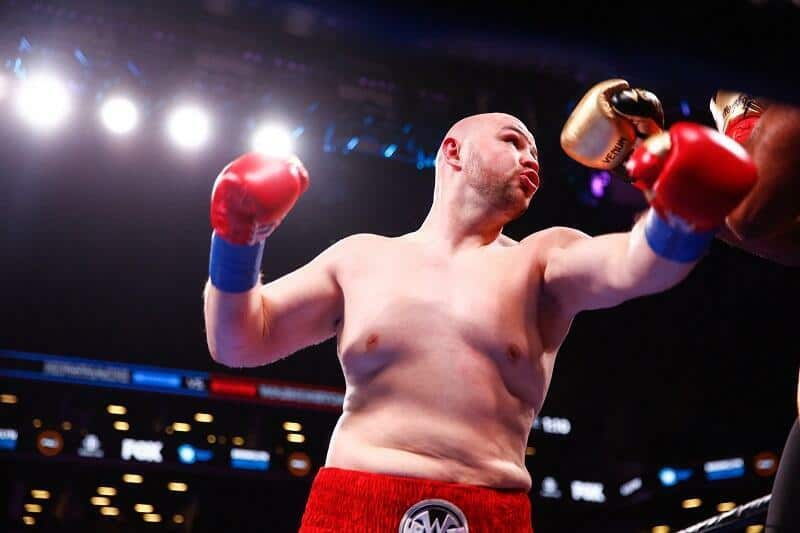 “It’s amazing to have this support from the Polish fans,” said Kownacki. “It definitely gives me extra energy.

“I want to thank my team, because without them I wouldn’t be where I’m at. I want that belt!”

“We had a really good camp and I showed it in the ring,” said Nyambayar. “This was just me putting the pressure and pace that we worked on in camp and using it in the ring.”

Nyambayar looked to counter his southpaw opponent, throwing straight right hands over the straight left that came from Marrero.

The action started to pick up in round three when a big exchange including a right hand from Nyambayar sent Marrero into the ropes.

Throughout the course of the fight, Marrero out landed Nyambayar 119-114, but Nyambayar held the advantage in accuracy by landing 23 percent of his punches to 16 percent by Marrero.

Marrero attempted to slow down the counters from Nyambayar by tying up on the inside. He was deducted a point by referee Benjy Esteves in the 10th round for hitting after the break. 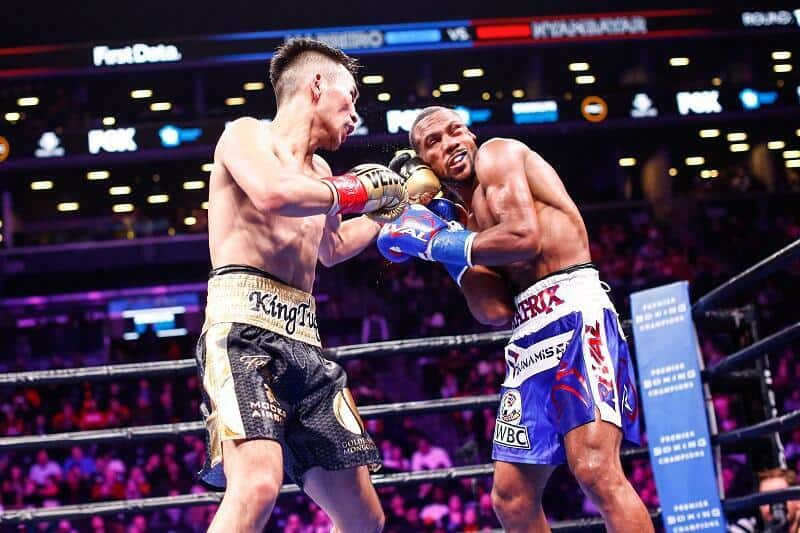 “I fought a tough fight and left it all out in the ring,” said Marrero. “He was a tough opponent who came to fight. I thought the point deduction came a little early, without that it’s a different fight.

“But at the end of the day, I fought hard against a good fighter.”

“This sets me up for big fights,” said Nyambayar. “Whatever big fights are presented to us, we’ll take it.”

Colbert used his speed and a strong left hand to keep Hernandez at bay early. But Hernandez continued to charge in and test Colbert throughout the contest.

In the end, Colbert’s counterpunching and accuracy was enough to give him the decision by the score of 79-73 three times.

“Today I decided not to give the crowd a boxing lesson. I decided I wanted to show them that I can stand and fight with anybody if I choose to,” said Colbert.

“We’re going to keep making these fights easier and easier.” 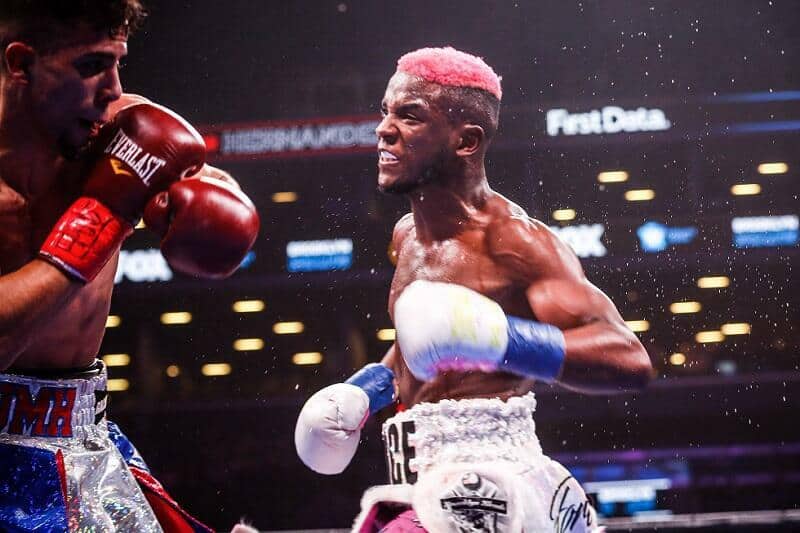 Russell blitzed Almazan early and often, eventually dropping him with a right hook to the top of the head. Almazan got up but was quickly blitzed by Russell, who forced referee Shada Murdaugh to wave off the bout 59 seconds into the round.

“I listened to my corner’s directions and they told me that the hook was going to be there when he shot his left hand,” said Russell.

“I went to my hook position and I was ready to catch and fire. This is nothing new to me. I just try to execute what I’m told and sharpen my craft.

“We’re going back to the drawing board and we’ll be patient.”

Booker scored the knockdown with a combination that was punctuated by a sweeping left hook. He remained unbeaten by scores of 79-72 twice and 80-71.

“I’m going to keep climbing and fighting better opponents,” said Booker. “I thought I had a good performance today, but not great. I feel like I showed that I have a lot I can do in this sport.”