Amir Khan has revealed a burning desire to win world titles is the reason behind his decision to fight Terence Crawford.

Answering those who question why he chose Pound for Pound rated Crawford over UK rival Kell Brook, Khan was ambitious as ever.

“First of all, it was because it was for a world title. Also, Terence is up there as one of the best pound-for-pound fighters in the world. This is a fight that could take me to a different level, and I want to win this fight because I want to be the best in the world,” he said.

“All the dreams I’ve had of being the best ever, and one day being that pound-for-pound champion, this is the fight that can take me there.”

“I’m coming here to win. I’ve never gone into a fight just to make numbers. I’ve made a lot of money in the game, and I could leave the sport happy.

At 17 years of age, he captured a silver medal for Great Britain. He won the WBA super lightweight world title on July 18, 2009, outclassing Andreas Kotelnik to win a unanimous decision. 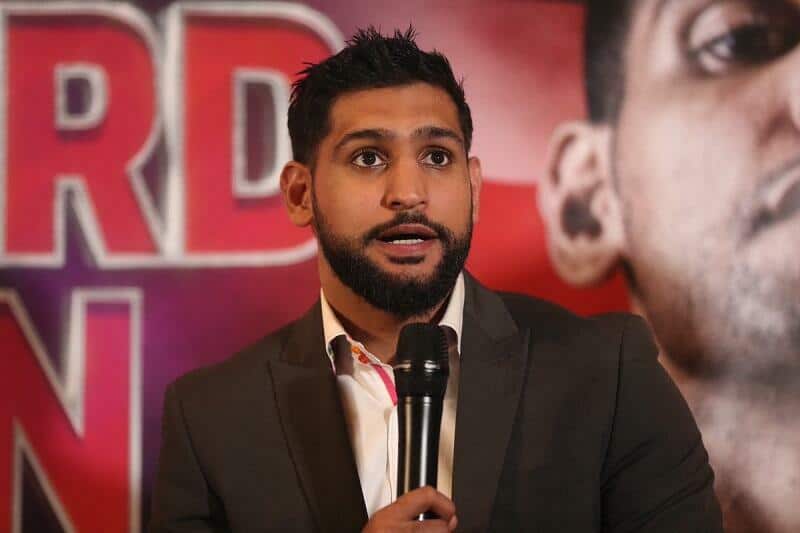 He made five successful title defenses at 140 pounds and became unified champion when he knocked out IBF ruler Zab Judah in five rounds in 2011.

The Bolton man has won seven of eight bouts since December 2012. The lone blemish coming when he moved up in weight to fight middleweight world champion Canelo Álvarez.

After boxing well in the early rounds, Khan was knocked out with an overhand right in the sixth round.

Following the Álvarez defeat, Khan took a nearly two-year sabbatical from the ring, returning in 2018 with a vengeance.

In April, he blasted out Phil Lo Greco in 39 seconds. And in September, he notched a wide 12-round points victory over perennial contender Samuel Vargas.

“More than 13 years since turning professional, Khan will take on the pound-for-pound king in a legacy-defining super-fight.

Two kings are set for the year’s most anticipated welterweight showdown when pound-for-pound king Terence “Bud” Crawford puts his WBO welterweight world title on the line against former unified 140-pound champion and the pride of Bolton, England, Amir “King” Khan.

The fight goes down on Saturday, April 20, live on pay-per-view at 9 p.m. ET/ 6 p.m. PT. Details on how fans will be able to access the pay-per-view event will be announced at a later date.

Promoted by Top Rank, in association with Matchroom Boxing and Khan Promotions, ticket and venue information will be revealed shortly.

Details on the undercard will be announced soon.

Use the hashtag #CrawfordKhan to join the conversation on social media