Promoted by RJJ Boxing Promotions in association with Miguel Cotto Promotions, Palicte vs. Martinez will headline a card that will stream live on UFC FIGHT PASS®, starting at 10 p.m. ET / 7 p.m. PT, in the inaugural event of a new agreement between Palicte’s promoter, RJJ Boxing, and FIGHT PASS, to live stream up to 72 professional boxing events over the next three years.

The event will be held on the Thursday night of Super Bowl week, in the Oak Ballroom at Viejas Casino & Resort, which is located 35 miles outside of San Diego.

The winner of the Palicte vs. Martinez 12-round main event will become the mandatory challenger for new WBO junior bantamweight and four-division world champion, Donnie Nietes (42-1-5, 24 KO). WBO No. 2 rated Palicte is promoted by Roy Jones Jr. Boxing, WBO No. 4 ranked Martinez by Miguel Cotto Promotions.

Last September, Palicte (WBO No. 2) fought a 12-round split draw with his fellow Filipino, Nietes, for the then vacant WBO Junior bantamweight championship. 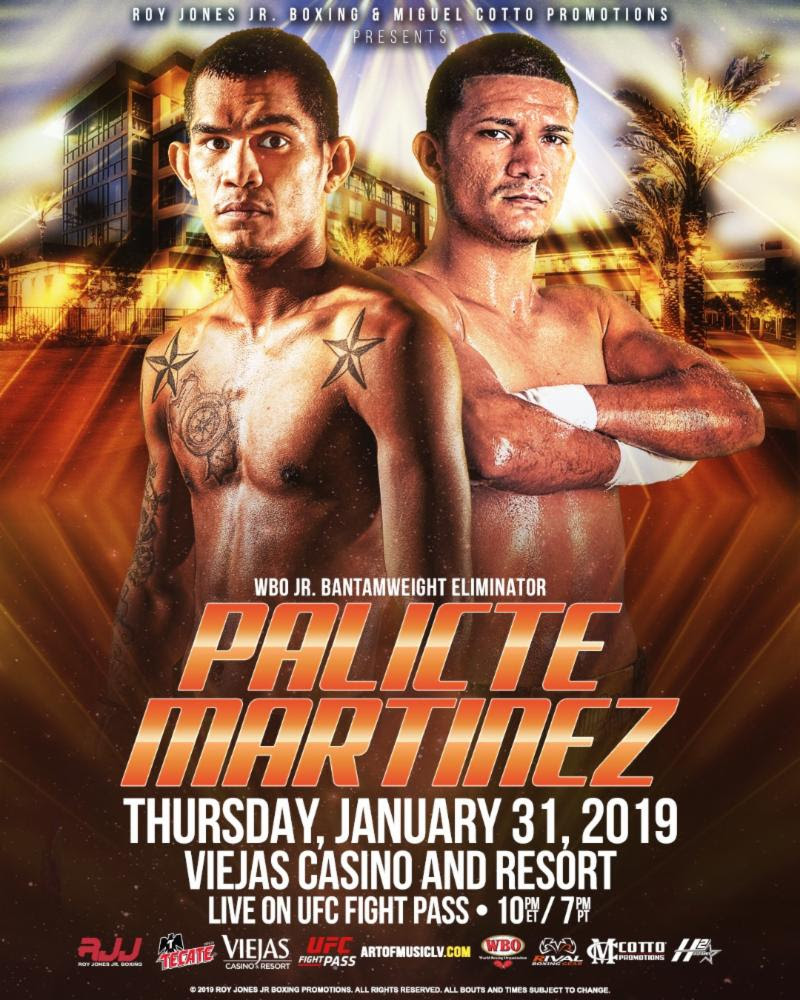 All fights and fighters are subject to change.