Moreno, 21, hails from Sacramento, Calif. and as a 15-year-old, took home the Silver Gloves Championship in the 110-pound division. Moreno, who yielded a 50-5 record as an amateur, was also a member of the U.S. Junior Olympic team. Those accomplishments, while indeed noteworthy, pale in comparison to his most recent development.

“It means the world to me to be showcased in the main event,” said Moreno, who is trained by Marcus Caballero. “Every boxer wants to headline as quickly as possible after turning professional.”

The graduation to main event status comes after recording four impressive wins last year, the last two coming by way of knockout. Standing in front Moreno’s undefeated mark is the Chilean Mascarena, who is known for his fast starts.

“He’s going to be a tough opponent,” said Moreno. “He comes forward a lot and likes to deliver pressure. I like to fight the same way. When two fighters like to attack, you know it’s going to be a war.”

To prepare for Mascarena, Moreno, who entered the paid ranks three years ago, has been sparring with unbeaten prospects Andy Vences and Xavier Martinez.

“I’ve been putting a lot of work into this training camp,” said Moreno, who signed with Thompson Boxing last year. “I’m getting some great sparring and working on my head movement. Whatever he brings, I’ll be ready for it.” 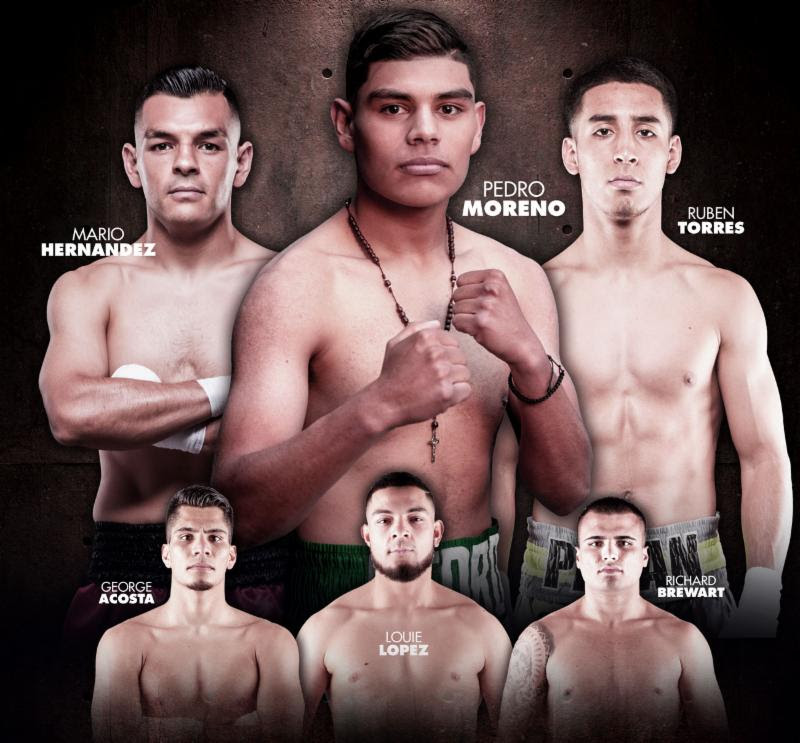 All fights will be live streamed on TB Presents: New Blood via our Facebook page, YouTube channel, and ThompsonBoxing.com.