Terence Crawford denies targetting a ‘washed up, half Amir Khan’

Crawford and Khan will battle on Saturday, April 20, live on the inaugural Top Rank on ESPN pay-per-view at 9 p.m. ET/ 6 p.m. PM.

Details on how fans will be able to access the pay-per-view event will be announced at a later date.

The American is confident of being successful. Crawford (???? Mikey Williams) wants Khan’s scalp in order to elevate his career even further.

“Amir Khan has been in there with a lot of great fighters. Me beating him will put me on another level in the welterweight division. People are interested in seeing this fight,” said Crawford.

“It don’t matter how I win. I just want to win. That still won’t get the fighters I want to fight in the ring with me. I just need to keep doing what I’m doing.”

“There’s no animosity between me and Amir. He respects me. I respect him. We’ll do our thing in the ring on April 20, and we’ll shake hands when it’s over.”

“I’m expecting the best Amir Khan to show up. I never take any shortcuts in training camp. I’m always training for the best fighter that {my opponent} can be.

“I never look at it like, ‘Oh, he’s some half Amir Khan, or he’s washed up.’ We’re going to train for the best Amir Khan.” 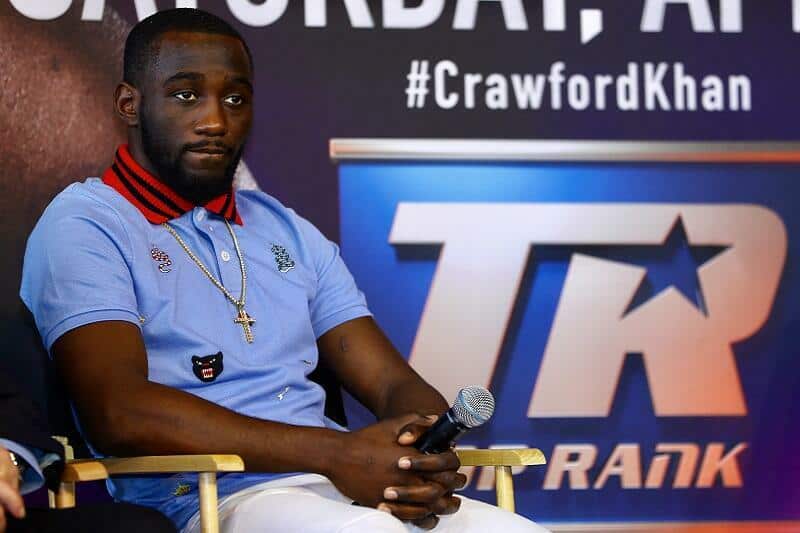 Khan is currently 32 years of age and there have been suggestions his best days are behind him.

A spell out of the ring after losing to Canelo didn’t help. But was necessary to recharge the batteries.

The Briton was ahead on the cards before being pulverized by the Mexican. Khan needs an opponent like Crawford to prove where he’s currently at in his career.

Should Khan pull off the shock, a Top Ten Pound for Pound place awaits, along with a legacy-enhancing boost towards the Hall of Fame.