With a room full of media in attendance, Bivol’s exciting and eagerly anticipated fourth title defense against Long Island’s own, Smith Jr. was announced and is set to take place on MARCH 9TH at TURNING STONE RESORT & CASINO located in Verona, New York. The fight will be live on DAZN.

Smith Jr., burst onto the boxing scene as a fighter of the year finalist and knockout of the year winner in 2016 due to his devastating knockout of hometown favorite, ANDRZEJ FONFARA, and later that year, his unimaginable knockout of legend BERNARD HOPKINS through ropes.

“We know about [Joe Smith Jr.’s] humble background as a laborer, working with the union. He comes from a real hard working background.”

“Joe always seems to be doing the things that are not expected. I know he’s humble, but he has a real knockout punch” 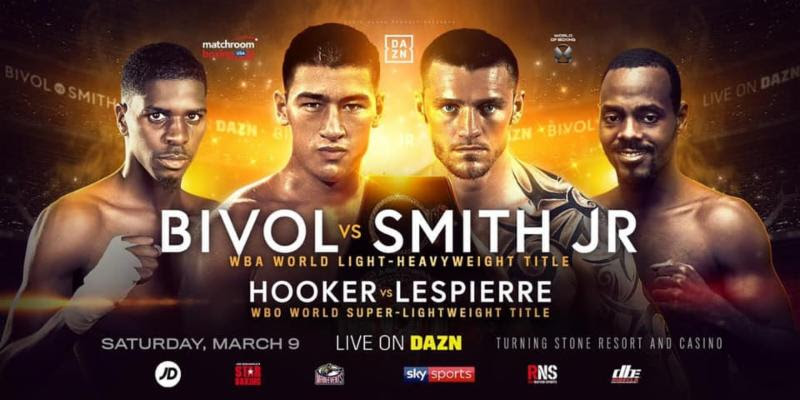 “This is a big opportunity for Joe Smith, and its a pleasure again to be working with Joe DeGuardia”

“This is a huge opportunity for me and I am going to take advantage of it.”

“I’ve worked very hard, trained very hard. I’ll give it everything I have and come March 9th, hopefully take the title home.”

“Thank you DAZN, Bivol and Star Boxing for giving me this shot.”

“Thank you all the guys who work with me and help me. I am glad that my team decided the way of my career, and the way we will work with DAZN.”

“Thank you [to] Joe Smith Team and Joe Smith for taking this fight. I think we will make a good fight. I will keep my belt.”