Why Lennox Lewis is correct in views on Anthony Joshua

The retired legend makes a largely valid point on what is now critical for Joshua to step up to the plate.

Lewis has been vocal that Joshua is happy to stay in the UK and fill out stadiums against sub-par (compared to the top two) opposition.

It’s a view Joshua’s promoter Eddie Hearn is clearly not happy about. The truth is, Lewis is not alone.

Joshua turned pro in 2013 and was already streets ahead of his opponents. That was quite clear. Taking out journeymen with ease, Joshua was fast-tracked to the top level by Hearn…and rightly so.

Once Joshua got to that higher ground he craved, there’s been little movement in a three-year period.

Hearn is a savvy businessman, and his job is to make money. Joshua has fully taken on board as the dollars have rolled in since his 2016 win over Charles Martin.

Capturing the IBF title and adding a world champion monicker to his name has brought massive UK interest in the 2012 Olympic gold medallist. 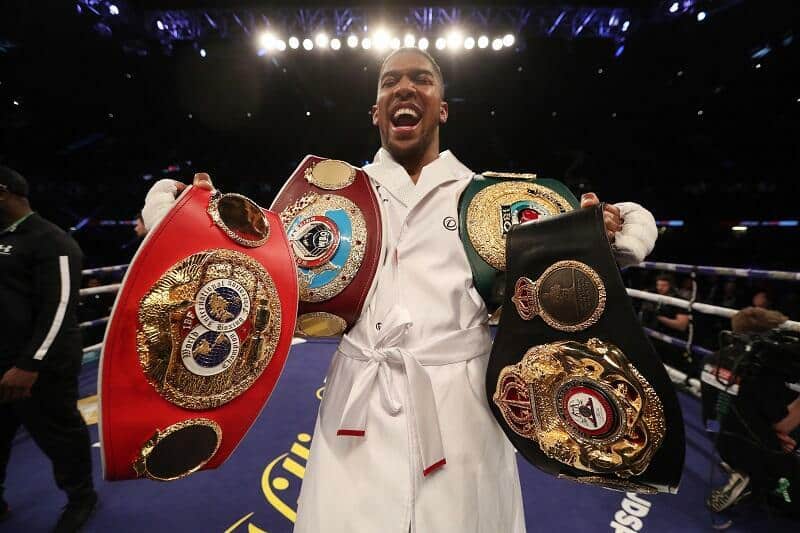 Money has followed Joshua (???? Lawrence Lustig) ever since. And you only have to see how many partners come on board for an ‘AJ’ fight to know he’s big news in Britain.

A lot of it seems to all hinge on Joshua remaining undefeated, which is a huge misconception.

Joshua’s career spiked in 2017, not because he scored a career-best win over Wladimir Klitschko, but because he was involved in a 50-50 fight and shown to be vulnerable.

That’s something the public is pining to see. They need a hero, and Joshua can be that with the right moves in the future.

Lewis has been critical of Hearn and Joshua’s desire to capitalize on his Wembley Stadium win over Klitschko. Although it’s something a lot of the boxing community agrees with.

Beating Klitschko should have been the catalyst to an immediate attempt to fight Deontay Wilder (Tyson Fury was out of commission). But the truth is that wasn’t on the agenda.

Carlos Takam (a replacement for Kubrat Pulev), Joseph Parker, and Alexander Povetkin are decent enough foes. Joshua has had the obvious power to want more, though.

The whole of Britain just wants Joshua to hold the same desire as Lewis and countless others. And to show that yearning and intent to be the best he can be.

He’s got unbelievable talent. There’s no questioning that. But what good is that talent against fighters who are not on that same level?

Takam and Parker are level two, while Povetkin was over the hill.

Klitschko should have led immediately to legacy fights, which is why Lewis has been critical for these past 20 months.

We all know there is cash to be made. The question is….how much money does someone need?

Heavyweight boxers are judged on their C.V. Joshua needs another considerable shot in the arm.

Negotiations for a fight with Deontay Wilder, which WBN covered exclusively and had inside knowledge on, were frankly a shambles.

It was apparently clear that Joshua didn’t feel ready, or his team didn’t feel comfortable putting him in the ring with the American just yet.

Countless blocks were thrown at Wilder’s team, making it seem like Joshua protected his assets by pushing for a mandatory fight with Alexander Povetkin (which the WBA obliged in a timely fashion).

WBN knew full well that Wilder was willing to come to the UK. He accepted the straight cash offer until AJ moved the goalposts. A contract containing a rematch clause only in the event of a Joshua defeat was evidence enough that their heart wasn’t in the right place.

Paperwork that was supposed to be signed by Joshua was witnessed by WBN and did not contain the promised scribble from the Londoner when received.

All of which made it impossible for Wilder to follow through.

In contrast, Wilder and Tyson Fury agreed on a deal in around a 48-hour period. Hence the frustration at Joshua’s position.

Maybe he wasn’t ready? But why not be honest about that fact? Wilder wasted months, and ultimately the fans lost out.

If Fury hadn’t come to the party, it would have been a washout nine months for Wilder on the back of his impressive win over Luis Ortiz – the best operator outside the top three.

Instead, UK supporters got Joshua v Povetkin on the back of two sell-out shows at 70,000 plus stadiums. 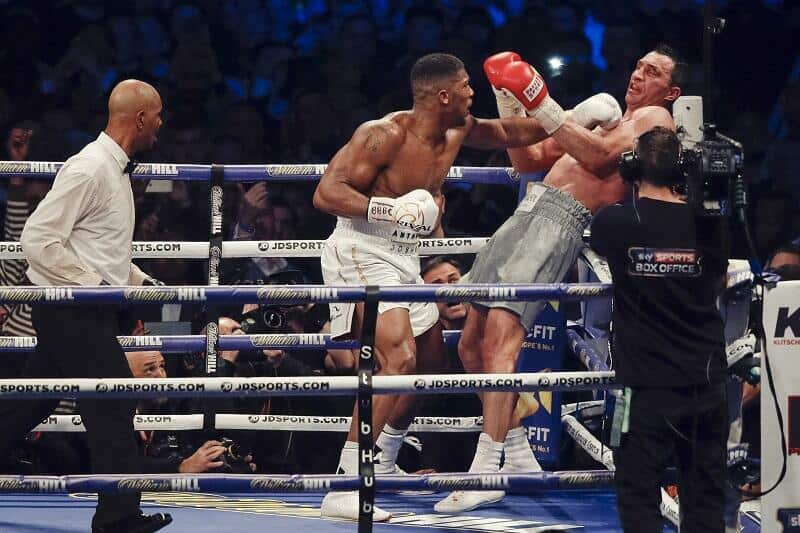 Defeating Klitschko at Wembley was special, but filling National Arenas against all future opponents took away that momentum.

Wembley should be saved for special fights. Not Pay-Per-Views that don’t appreciate the real value of a fight of that nature.

The fact is, Wembley has become a normal and expected venue for Joshua’s fights. And that really should not be the case.

At £40 a pop for an ‘event occasion,’ Tickets have left Joshua with nowhere else to take his career, meaning the United States is the only place left to go – something Lewis has emphasized.

‘AJ’ has out-grown the UK, which seems unfathomable to have become the truth.

That’s not Hearn’s fault though, that’s just the nature of the beast. But is also why people like Lewis feel the need to air their views.

We all want Joshua to prove himself against the top two, but we also want to see that drive for him to do so.

You only have to look at recent offers made to Wilder and Fury. Both in the vicinity of £10m to £15m and a clear indication of Joshua’s position.

These bouts make £75 to £100m if steered in the right direction, so ego really shouldn’t be an issue.

Everybody knows those three fighters are on the same level in global recognition. And the fact that one can sell 70 or 80,000 tickets should not come into the equation.

The top division is not a popularity contest. It’s about putting yourself out there and placing your balls on the line.

This is something Lewis did in abundance, hence the big man’s frustration with Joshua.

‘The Pugilist Specialist’ cannot understand why Joshua continues to stay home (and seemingly be happy to do so) when the world of boxing doesn’t respect a champion of that ilk.

Klitschko is case and point. The Ukrainian made Germany his home. Only moving out of his comfort zone when it suited. For this, the 200 pounds plus division suffered for several years.

Joshua is in danger of becoming a Klitschko mark II if this trend continues.

Time is ticking away again as Joshua is 29, Fury 30, and Wilder 33. So let’s hope Joshua will see the light and make acceptable and realistic offers moving forwards.

Lowballing is seemingly becoming common-place, which rival Dillian Whyte proved only a few days ago.

Joshua is the champion and can correctly demand a bigger slice of the pie. But as Lewis has pointed out, American pie should be the order of the day, and some control has to be relieved by the ‘A-side.’

Wasting further time in the UK would hurt. Not only the sport but any chance the Briton has of being regarded anywhere near Lewis in terms of legacy.

As a result, his compatriot should not face unwarranted criticism for airing valid views, and it’s now up to Joshua to prove him wrong.