Skinny super-bantamweight Chris Bourke is out to prove looks can be deceptive.

Fighting out of the Peacock gym in Canning Town, Bourke made an explosive start to his pro career, stopping Ricky Leach in two rounds, and he’s back in action at the York Hall in Bethnal Green on Saturday, February 2.

Philip Bowes fights for the vacant Commonwealth super-lightweight title in the top-of-the-bill fight and there could be fireworks when Bourke fights.

“But I’m a puncher. People look at me and see a skinny lad and they get a shock when they feel my power.

“I’ve got heavy hands and I throw lots of shots, particularly to the body.

“In the amateurs, I often felt if I had another round I would have got the stoppage.

“It takes me a round to have a look at them and get into the fight.

“That’s why the pros will suit me.” 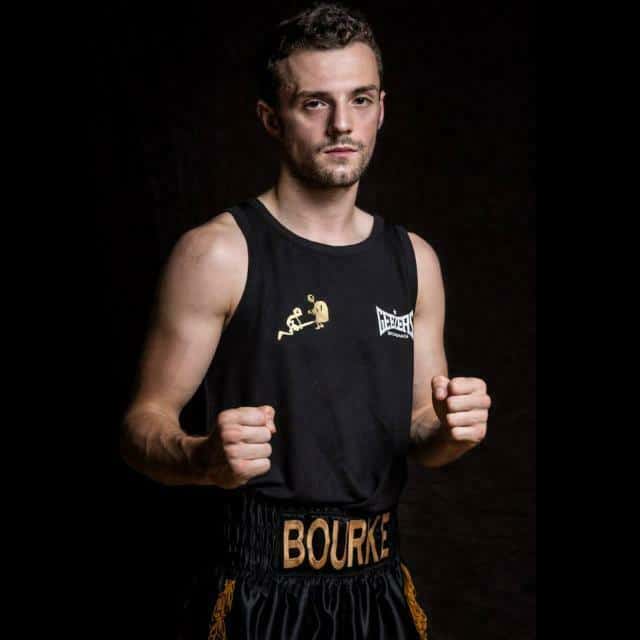 Despite that, Bourke was still a successful amateur and had a spell with the Great Britain set up.

He was unable to dislodge the outstanding Peter McGrail from top spot at 56kgs, losing to him in the semis of the Elite Championships in 2015.

“I thought I landed the cleaner, bigger shots,” said Bourke, “but he probably outworked me.

“I still thought it could have gone either way.”

Bourke went on to represent his country in several tournaments around the world – and fought for British Lionhearts in the World Boxing Series semi final in Kazakhstan in June, 2017.

He was beaten by Ilyas Suleimenov and said: “It was an amazing experience.

“I had only 12 days’ notice and I didn’t realise how big boxing is in Kazakhstan.

“The Lionhearts’ team photo was on billboards everywhere and people kept stopping me and asking me for photos.

“Who knows, maybe one day that will happen when I’m walking down Streatham High Street !

“We went to one of the top gyms in Kazakhstan and it looked tough.

“There were 13 year olds who looked quality, but as soon as one of the coaches thought they had made a mistake, they got whacked with a big stick !

“The coaches were walking around with these big sticks.”

Fortunately for Bourke, Martin Bowers doesn’t carry a stick and the fighter hopes the Peacock chief will keep him busy this year.

“The target this year is to fight as often as I can and keep winning,” said Bourke, who pays the bills doing labouring in between fights.