A head clash in the seventh round turned a dominant performance by Marcus Browne into a bloody affair as Badou Jack lost for the second time in his career.

Jack, a notoriously slow starter, failed to ignite early on as Browne racked up the points. The tide turned even more when an accidental bump opened up a brutal cut on Jack’s forehead.

Crimson poured from Jack’s brow for the remainder of the fight as the ring, plus referee Tony Week’s shirt were laced with blood.

Browne dominated proceedings as Jack struggled to see and eventually claimed the WBC silver light-heavyweight title with the judges. 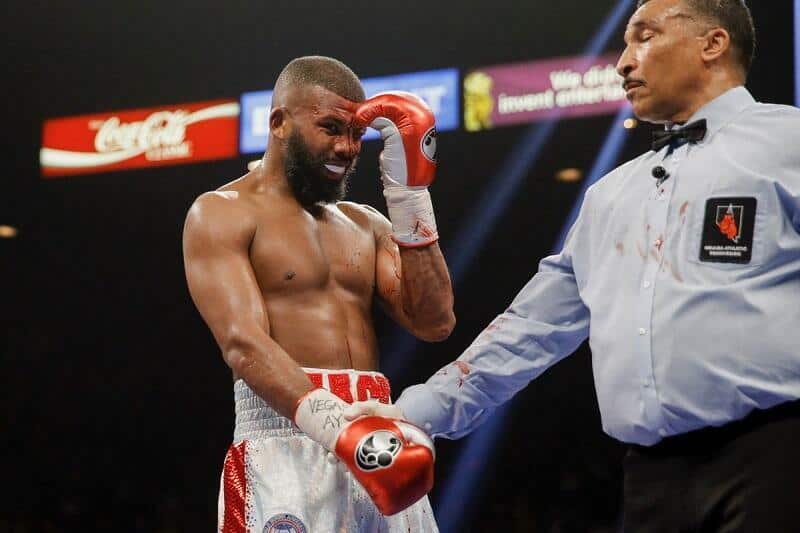 Nordine Oubaali picked up the vacant WBC bantamweight title with a gutsy performance against a slick Rau’shee Warren.

In a rematch from their amateur days, which Oubaali win by a single point, the pair fought out another close contest.

Warren began the better, but it was the middle round where the fight was won. Oubaali came on strong and managed to see out a decision despite a late comeback.

Ruiz dropped Guevara in the first with a head attack and looked on his way to a quick knockout. Guevara rallied and managed to stay in as Ruiz attempted to apply pressure.

George Kambosos Jnr. continued his progress with a dominant points win over Rey Perez. The 25 year-old Australian, a sparring partner of Manny Pacquiao, took every round of eight.

With the win, Kambosos improves to 16-0 under the guidance of manager Peter Kahn.

Super featherweight Desmond Jarmon made tough work of Canton Miller when carding a majority decision to preserve his undefeated record.