Fists of Legends is proud to announce the signing of undefeated welterweight prospect, Janelson Figueroa-Bocachica (12-0, 8 KOs).

The 20 year old Detroit native of Puerto Rican descent is considered by many to be the best young prospect in the Midwest and is currently ranked one of the Top 40 welterweights in the United States.

Figueroa-Bocachica, who is represented by Split-T Management, will make his debut under the Fists of Legends banner this Saturday, January 19th when he fights in Puerto Rico at the Palace of Recreation & Sports against Victor Abreu (9-4, 5 KOs) in a fight broadcast live across the island on DirecTV.

“I am super excited to have signed with Fists of Legends.”, says Figueroa-Bocachica.

“It has always been a dream of mine to fight on the beautiful island of Puerto Rico and now in my very first fight with Fists of Legends that dream is coming true. I can not wait to put on a crowd pleasing performance in front of my fellow Puerto Ricans. This will be the beginning of a very busy year for me and I look forward to showing the boxing world what I am capable of.”

“Signing a fighter the caliber of Janelson Figueroa-Bocachica, is a tremendous addition to our roster.”, explains Jesus ‘Kiko’ Cancel, Fists of Legends’ Director of Talent Development and Scouting.

“Janelson is the rare prospect who has been tested early in his career. In what was a highly anticipated bout last year against hard hitting Pablo Sanchez, Janelson stopped him in the first round. I’m looking forward to working with his manager, Mr. McWater and Split-T Management as well as the rest of Team Bocachica in guiding the young prospect on his journey to a world title.” 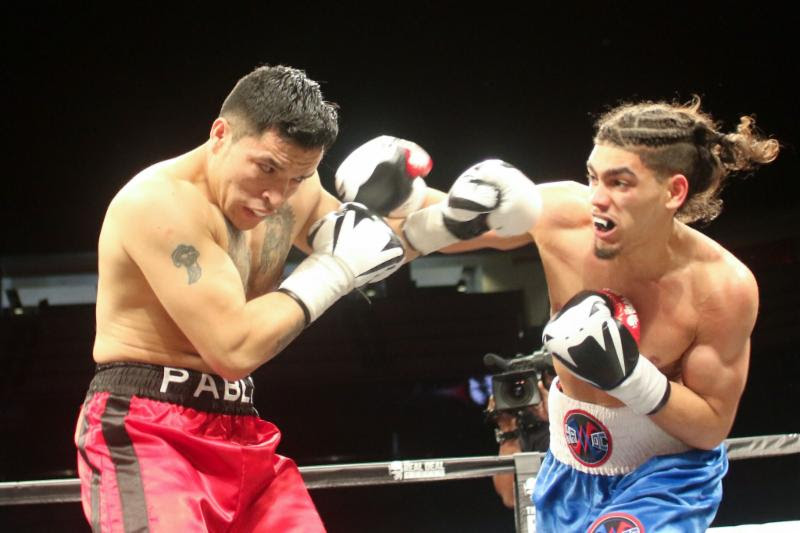 “We are delighted to have Janelson as part of our team.” adds, Chris Martin Sanchez, Fists of Legends’ Director of Operations.

“We believe he has the potential to be our company’s first champion. With his power and speed, he already has all the traits of an elite fighter and at just 20 years old, he is showing the potential to become a real star in the sport. To announce the signing of Janelson is the perfect way kick off what will be a breakout year for Fists of Legends.”