‘The Problem’ gets his chance at the Filipino Senator despite a draw in his last fight. Broner is bidding to halt talk of Pacquiao facing Mayweather in a 2019 rematch.

Despite personal problems in the run-up, Ellerbe is confident Broner will put them all behind him in Las Vegas.

“Coming into this fight we all know that there have been rumblings about what Adrien needs to do to win this fight. But what I’ve witnessed firsthand this entire promotion, is that this man has dedicated himself 100 percent. He’s done everything his coaches have asked of him and he’s exceeded those expectations,” said Ellerbe.

“Adrien Broner is ready, focused, and he’s put in the work. He’s put himself in the best situation to be successful on Saturday night. I expect nothing less than a great virtuoso performance. He didn’t cut one corner this training camp. He wants to prove to everyone, that everything people have said about him can be thrown out the window. He’s coming to show the entire world what he’s all about.”

Regarding Pacquiao, Ellerbe seemed to run out of superlatives. (???? Chris Farina)

“About three and a half years ago I sat here opposite a great legend in Manny Pacquiao. I’ve studied this man for many years and today he’s still one of the best welterweights in the world. He still has tremendous explosiveness and power, but more importantly the experience to beat any welterweight in the world.

“Pacquiao has been doing this for so many years that we forget how truly great this man is. He’s in a very comfortable position right now. He’s super motivated and thats what is going to make this a great fight on Saturday night,” he said. 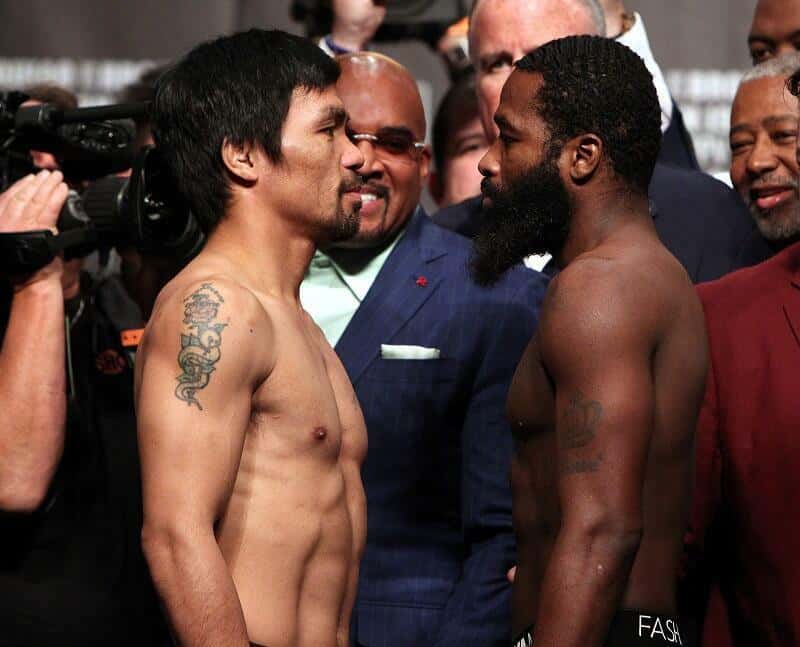