Adrien Broner believes mentor Floyd Mayweather is happy in his position as a promoter and plans to end Manny Pacquiao’s hopes of a rematch.

Pacquiao has consistently been linked to facing Mayweather for a second time during the build-up to the fight with Broner.

Reports Mayweather will be ringside and announce ‘MayPac 2’ if Pacquiao wins surfaced again during fight week.

Broner, obviously unhappy at the constant talk, says Mayweather will keep his gloves hung up.

“People are talking a lot about Pacquiao fighting Floyd Mayweather again, but I’m pretty sure Floyd is retired. I feel like people are trying to throw me to the wolves and overlook me,” said Broner.

“He doesn’t remind me of any past opponents just like I’m not going to remind him of anyone he’s fought. He’s never fought anyone like me. Every fighter has similarities, but truly every fighter is different. If I remind him of Floyd Mayweather, I hope his arm doesn’t hurt after this one.”

On how he sees the Pacquiao encounter going, Broner (???? Chris Farina) added: “Manny Pacquiao has done a lot for the sport. I’m going to beat him up and have a drink with him afterward.

“I grew up in boxing and I know what’s going on. It’s a business, but don’t get it twisted, I’m going to dominate and win.

“This is going to be a hell of a fight. I’ve trained so hard and I want everyone to know that I play around a lot. But when that bell rings, I’m going to be ready.

“I didn’t come here to lose or lay down. I came here to get this victory. Real talk,” he stated. 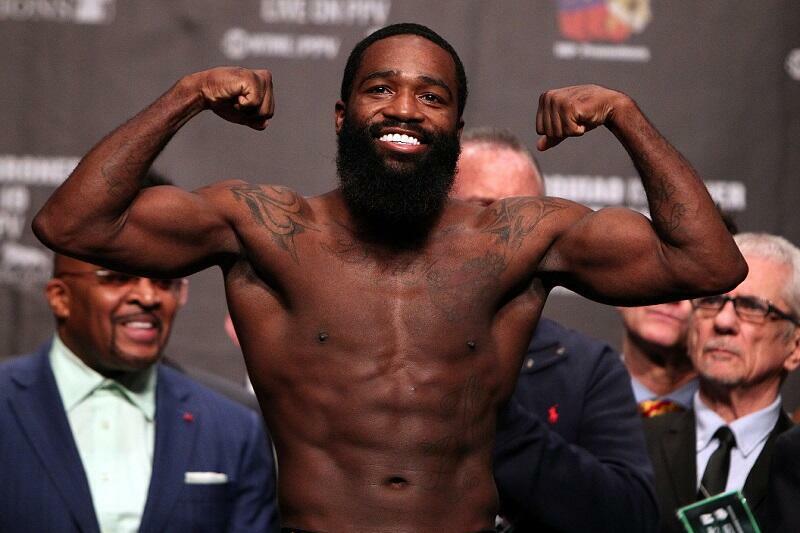 Mayweather v Pacquiao 2 could happen in Las Vegas this September, according to British promoter Eddie Hearn.

Several high-profile clashes are planned to take place in Nevada in the coming months.

Canelo has taken his usual spot on Cinco de Mayo weekend against Danny Jacobs, whilst Deontay Wilder v Tyson Fury is reported to be heading to Vegas in the late spring or summer.

There’s also a slight possibility Terence Crawford v Amir Khan could end up in the desert. Although New York remains the firm favorite for April 20.