Mann, undefeated in fifteen professional contest, lands this dream World title shot following a unanimous points win over Alexey Zubov in Chicago, and is full of confidence as he travels to South Africa in search of World glory.

“This is the moment I’ve been working my whole life for,” says Mann. “Who would have thought a year ago that today we would be preparing for an IBO World title fight in Johannesburg.

I can’t thank my promoter Team Sauerland and the Sauerland family enough that this dream could be realized so quickly. Thanks also to my management Daniel Todorovic and Marius Schulze.

“This is a huge opportunity, and one I will not miss. Kevin Lerena will certainly have a home advantage as the reigning champion and local hero, but I like a challenge, and I’m convinced I will bring the IBO belt home to Germany.”

Lerena claimed the IBO strap with a split decision win over Youri Kayembre Kalenga on September 9, 2017, and has since recorded two successful defences against Ukraine’s Dmytro Kucher and Roman Golovashchenko.

“I’m excited to be back in the square jungle against such a formidable opponent as Artur Mann,” he said. “The public can look forward to a fan friendly fight with no quarter asked or given. Whilst I respect Mann’s record, only one hand will be raised in victory – AND STILL – This is the year of Kevin Lerena !”

“Kevin Lerena vs. Artur Mann for the IBO Cruiserweight title at the Emperors Palace – an evenly matched and mouth watering fight between two outstanding boxers,” said Rodney Berman, for Golden Gloves. “Both can ill afford a loss at this stage of their careers with the cruiserweight division enjoying such popularity, which is in no small measure due to the World Boxing Super Series.

“We look forward to staging this main event in association with Team Sauerland with whom we have always enjoyed an excellent relationship.” 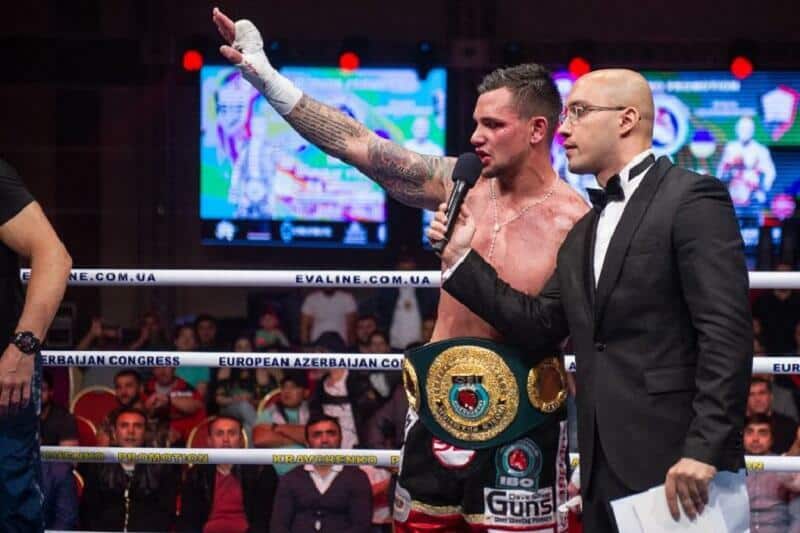 “We’re delighted to be working with Rodney Berman and Golden Gloves to deliver this spectacular cruiserweight Wold title showdown,” said Nisse Sauerland, for Team Sauerland. “This is a fantastic opportunity for Artur and one he must seize with both hands. I’m expecting a fan friendly contest, with both men leaving it all on the line. Germany is due a World Champion, and now Artur has the chance to write his name in the history books.”