Daniel Jacobs says he’s thrilled to have has signed a three-fight deal with Matchroom Boxing USA and DAZN – with the first fight of the deal a blockbuster World Middleweight unification showdown with Canelo Alvarez on Cinco de Mayo weekend, live on DAZN.

The Brooklyn favorite will meet the Mexican star and WBC and WBA king on May 4 at a venue to be announced soon, and the 31 year old expects to come out on top in what promises to be one of the biggest fights of the year.

“It is such an honor and privilege to be a part of DAZN and Matchroom Boxing – thank you guys for believing in me,” said Jacobs. “Displaying my skills on such a platform would do wonders for my career I have an opportunity to make history! Plus I have the best team to ensure the best possible opportunities for my career.

“This is the moment that I’ve been waiting for my whole entire career I’ve been through so much in life just to get to this point, I look forward to taking advantage of such an amazing opportunity. Canelo is a great champion and a worthy opponent to ensure an epic fight the fans will remember for ages!! in order to be the best, you have to beat the best – this with this fight represents to me.”

“Danny is where it all started for us in America and I want to thank him for believing in us,” said Hearn. “It has been a pleasure working with him and his manager Keith Connolly who has fought every inch to get Danny the best opportunities and position within the sport.

“Danny captured the World title under our guidance and now he enters one of the biggest fights in World boxing to establish his position as the world’s number one Middleweight. Above that he is a man of class and humbleness and we will always be grateful that he was the trail blazer for US fighters to sign with Matchroom Boxing. 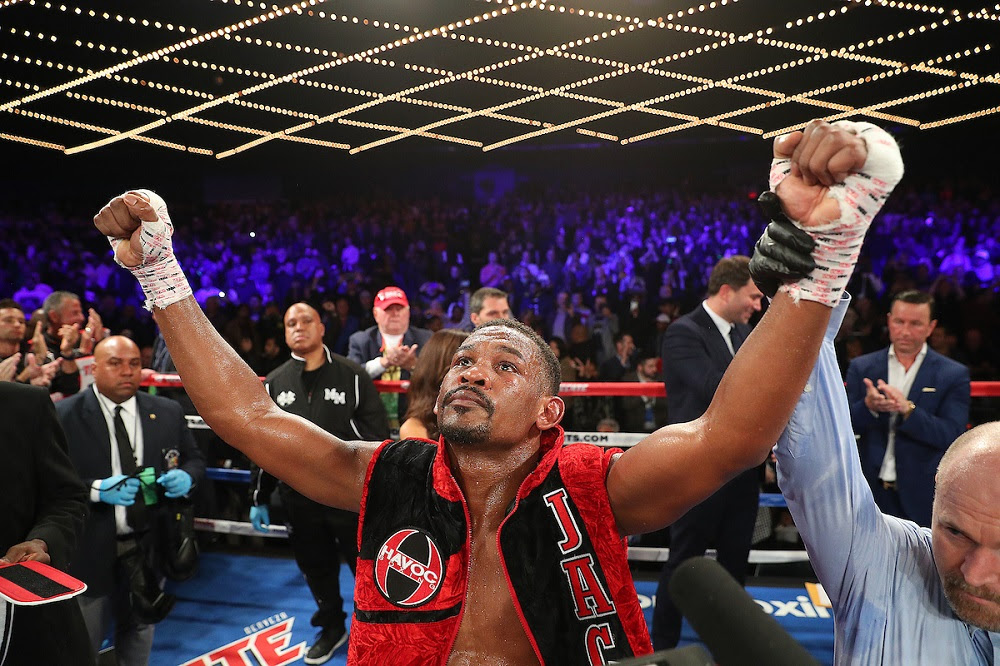 “For DAZN this is another major signing as we continue to build an emphatic team of fighters – Jacobs vs. Canelo is a wonderful addition for subscribers and fans, it truly is one of the great fights in boxing today.”

“We are super excited to have re-signed with Matchroom Boxing,” said Connolly. “Eddie has done a fabulous job guiding Danny to a World title and now a mega fight. He has delivered on everything he said he would when we first met him.

“We are grateful that DAZN has such belief in Daniel Jacobs as they look to push him into superstardom over the next chapter of his career.”