Eight-weight champion Manny Pacquiao reminisced on some of his career highlights ahead of his high-profile return to Las Vegas this weekend.

The Filipino Senator bids to extend his career at the pinnacle of the sport by taking down Adrien Broner at the MGM Grand.

As the Pay-Per-View clash draws near, Pacquiao was asked to name his greatest foes from an outstanding 69-fight effort.

“Being back here at MGM Grand makes me so happy. It’s an honor to be in this position. I remember my first fight here in the U.S. was at MGM Grand. I will never forget that moment and now I get to come back here and do it again.”

Pacquiao (???? Esther Lin) heads back to the scene of possibly his most infamous loss. Juan Manuel Marquez scored an earth-shattering knockout when wiping Pacquiao out completely in 2012. As a result, the 40 year-old remains weary of to this day with future foes.

“We know already about Adrien Broner’s counter-punching.  Also, I know that he will wait for me and counter like Marquez did. I’m prepared for that and it will not happen again. I also learned in the past and I have to correct my mistake,” he pointed out.

“I know he is going to counter me but we’re ready for that. What happened in the Juan Manuel Marquez fight will not happen again. Because it was a mistake and I learned that mistake. We’ve worked on that in this training camp. I am prepared for Broner’s style.” 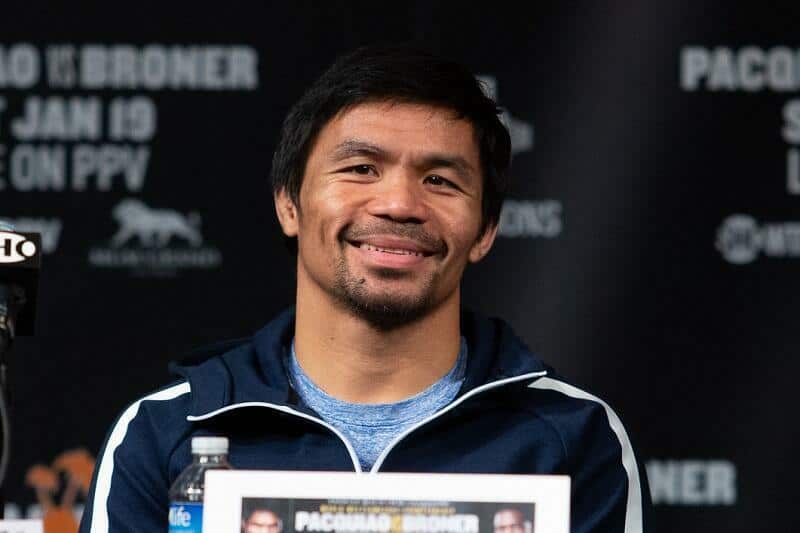 Back to his best against Lucas Matthysse last summer, Pacquiao could land a rematch with Floyd Mayweather if victorious.

Therefore, nothing but a spectacular performance will do.

Addressing whether he thinks a KO win over Broner is necessary, Pacquiao concluded: “The knockout in my last fight felt good. It felt like my younger days against Ricky Hatton, Miguel Cotto and others.

“That fight was a big challenge for me to recover from the fight against Jeff Horn. People said that my career was done. But I never got discouraged, I just worked hard and made the knockout against Lucas Matthysse happen.

“I don’t need to dislike my opponent to want a knockout. I’m just doing my job in the ring. If the knockout comes, it comes. Because we’re hoping to have that opportunity Saturday. I have to pressure him to make him open up. Wherever he goes, I’ll be there.”